The UIM-ABP Aquabike World Championship is the most acclaimed and prestigious international series promoting personal watercraft in a competitive racing environment, and one of the fastest, most spectacular, demanding and entertaining sports on water.

2019 sees the Championships embark on its 25th season since being sanctioned in 1995 by the Monaco-based Union Internationale Motonautique (U.I.M.) the World Governing Body for Powerboating.

In 2011 Aquabike Promotion (ABP) was appointed by the U.I.M. as worldwide promoter. During its tenure it has raised the profile, expanded the geographic boundaries and consistently increased competitor numbers, with over 89 riders from 26 countries pulling on the coveted Aquabike race vest in 2017. 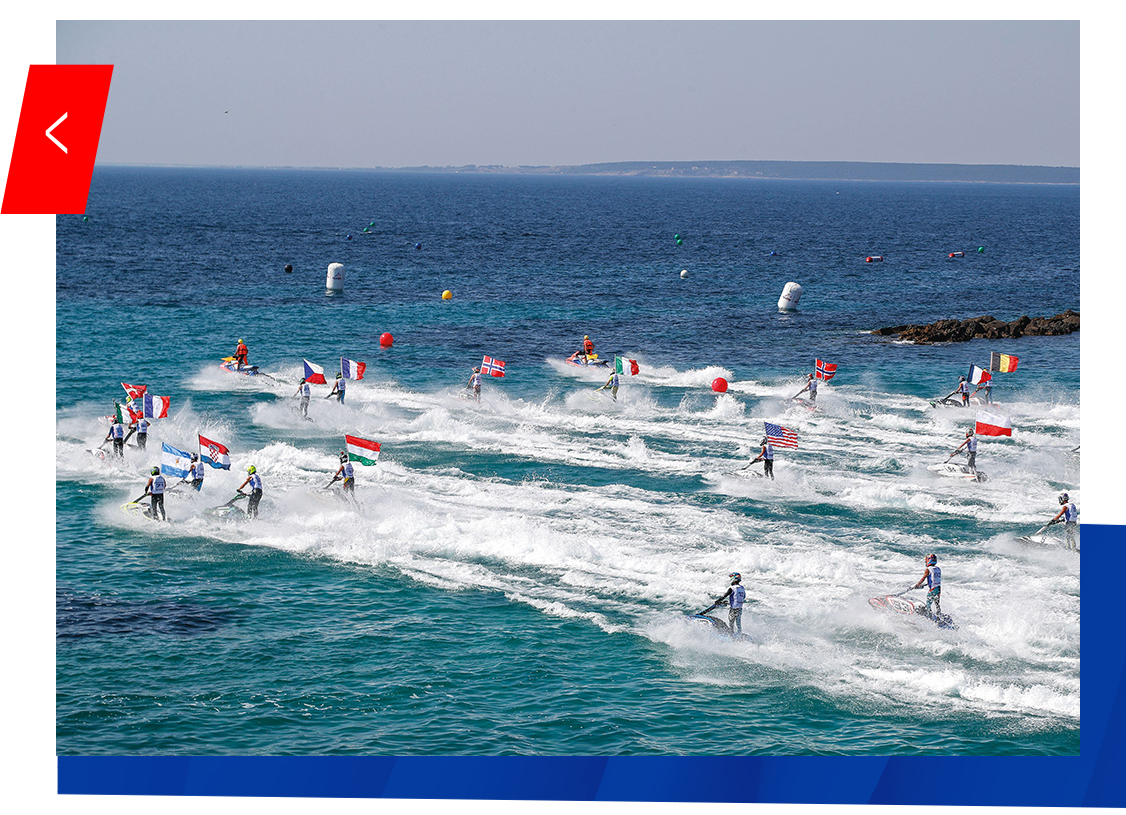 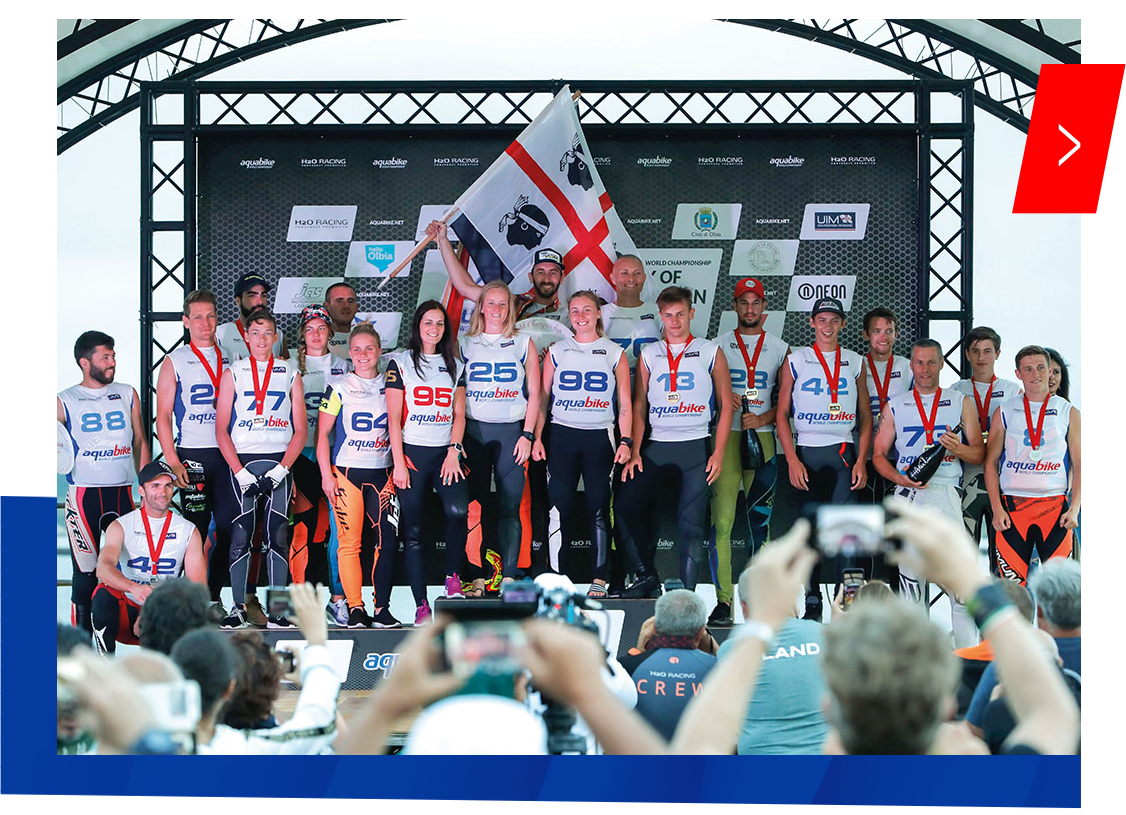 The Union Internationale Motonautique (UIM) is the world governing body for all Powerboating activities.

It is fully recognized by the International Olympic Committee (IOC) and is a member of the Association of the IOC Recognized International Sports Federations (ARISF) and of SportAccord for whom the UIM President serves as President and Board member. The UIM has almost 60 affiliated National Federations. Circuit, Offshore, Pleasure Navigation and Aquabike are among the main disciplines. The UIM has signed a Cooperation Agreement with the United Nations Environment Program (UNEP) to further its range of environmental initiatives and to share expertise.

Aquabike Promotion (ABP) is appointed by the Union Internationale Motonautique (UIM) as the sole and exclusive worldwide promoter of the UIM-ABP Aquabike World and European Championships.

The company is the worldwide television and commercial rights holder for all championships and responsible for all commercial, marketing, television, media and organisational activities. 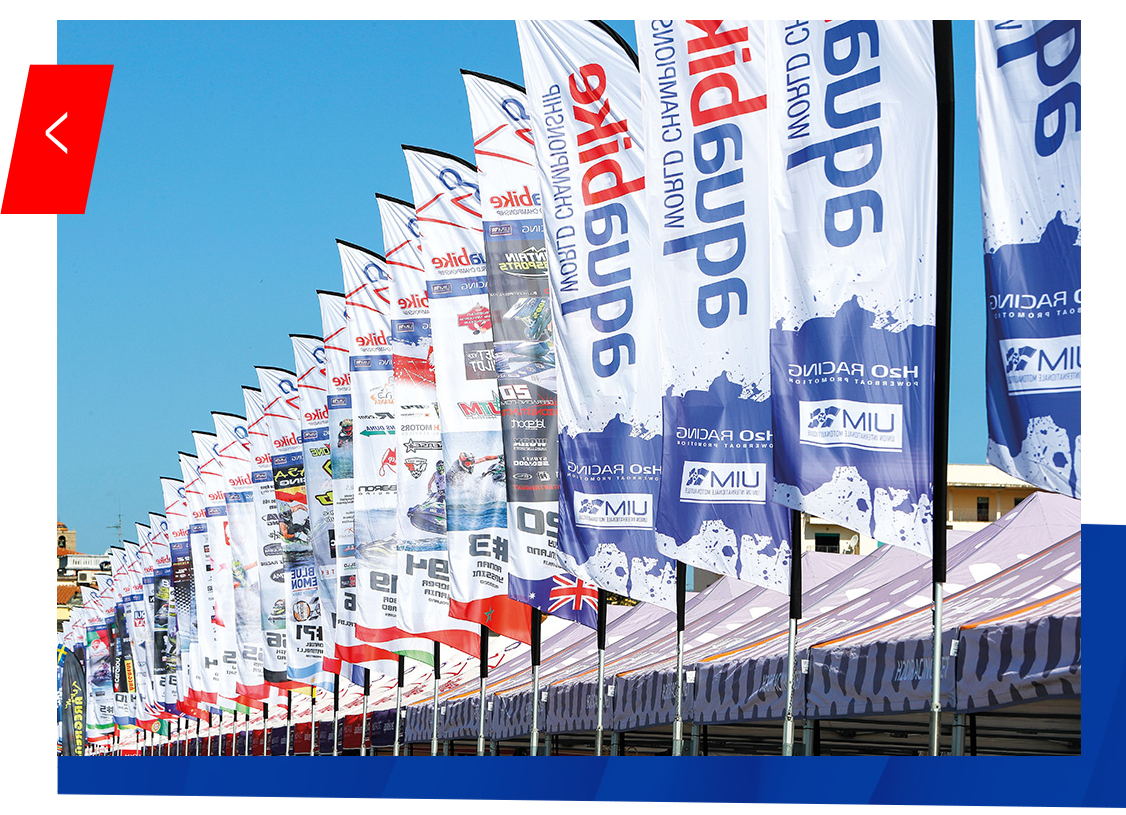 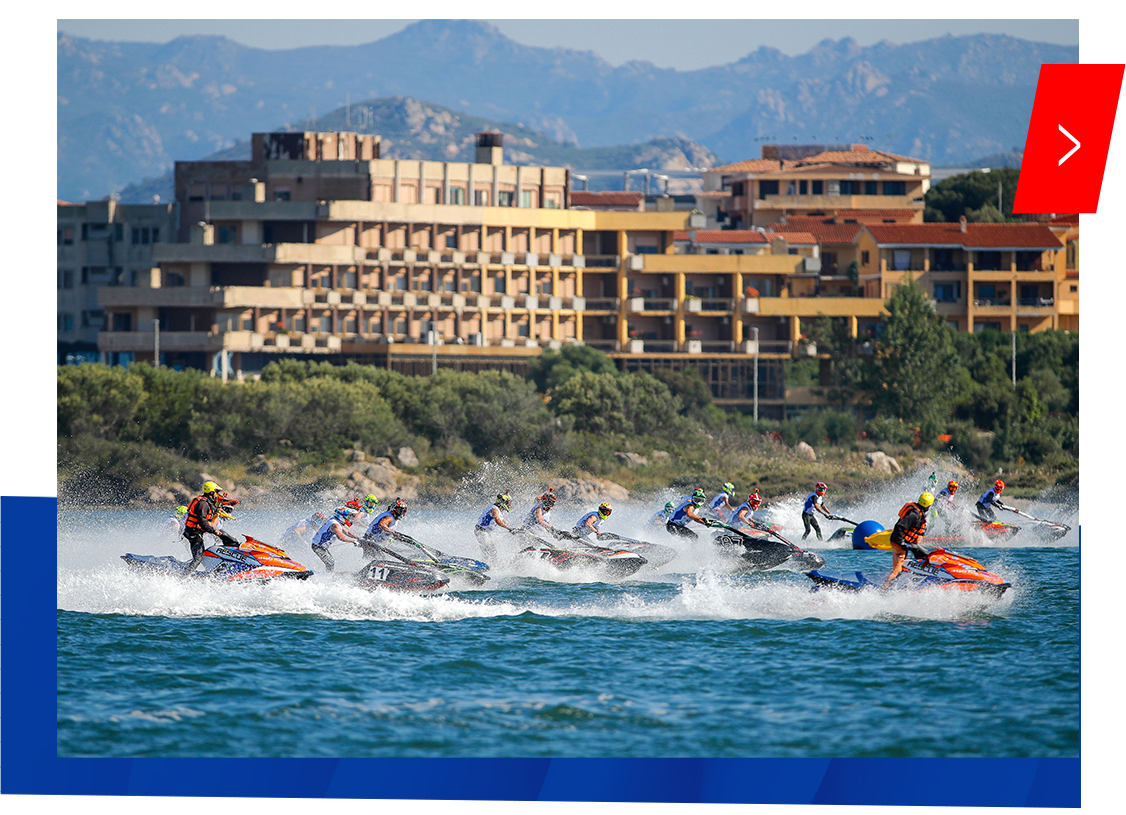 The world championship is open to all comers and under pinned by ‘Registered Riders’, all of whom must hold a valid National License issued by a National Authority recognised by the UIM and a World Super License issued through the UIM Secretariat.

To be issued with a World Super License a competitor must have competed in four national or international ordinary races.

The minimum age to compete is 15.

All competitors are bound by the rules as published. 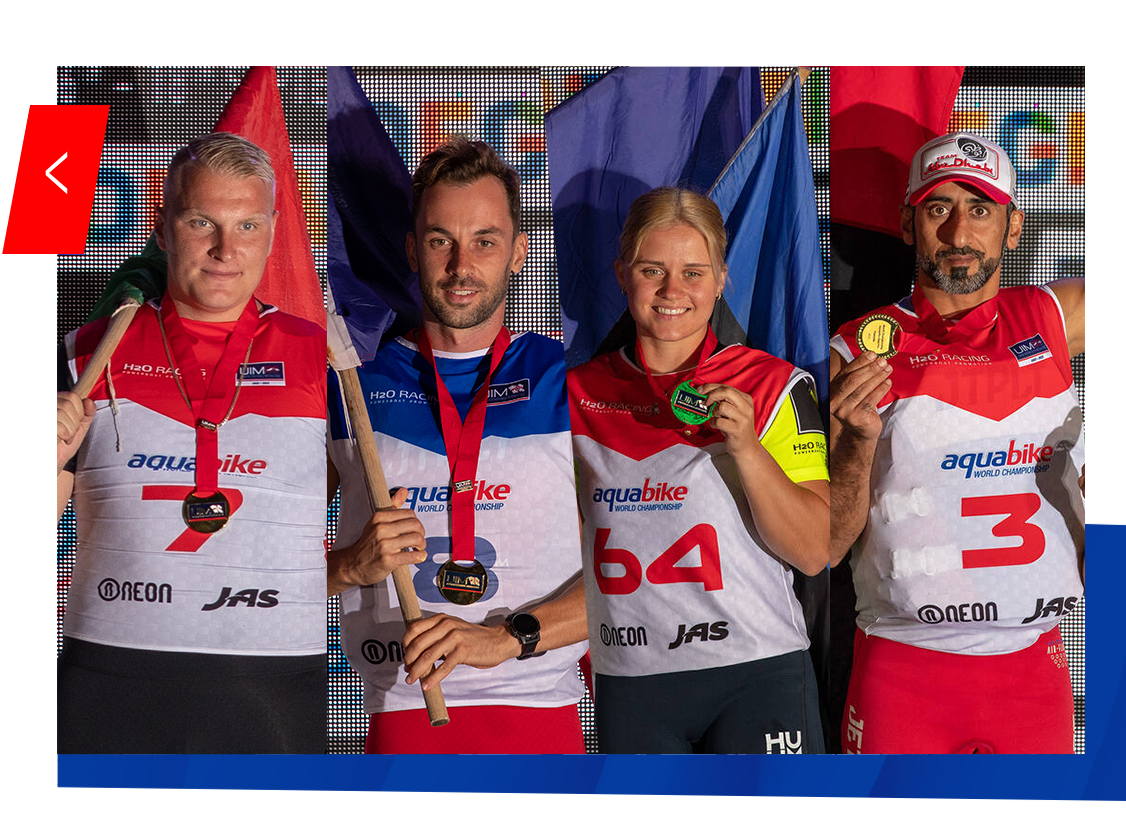 One of the most spectacular categories with riders producing an array of gravity defying aerial acrobatics and tricks that demand extreme skill and strength. The Ski bikes used are open specification and modified specifically for use in Freestyle. The bikes weight approximately 100-125kgs with modified engines to produce in excess of 200hp. 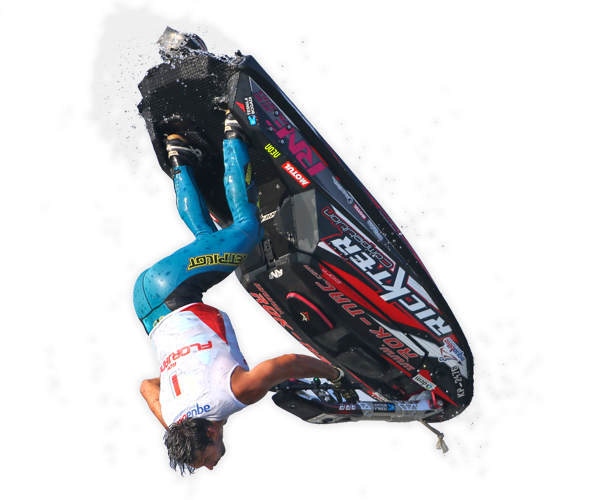 The Blue Riband category in Aquabike and the biggest, most powerful and fastest bikes on the water. The riders can race seated or standing and reach speeds in excess of 170 km/h due to the weight to horsepower ratio. Runabout bikes are used in five different UIM disciplines: Circuit, Offshore, Endurance, Jet Raid and Parallel Slalom. 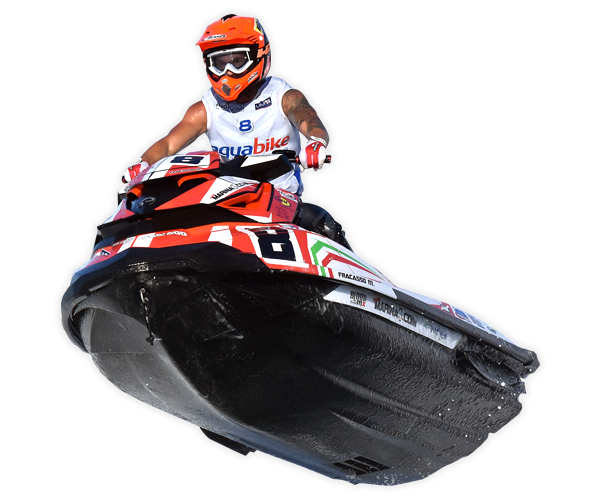 Designed to be driven standing up, riders combine the agility and skill of a mix of downhill skiing and motorcycle racing. Ski is the most physically demanding requiring strong upper and lower body strength to control machines that can reach 130km/h. Ski bikes are used in three different UIM disciplines: Circuit, Parallel Slalom and Endurance. 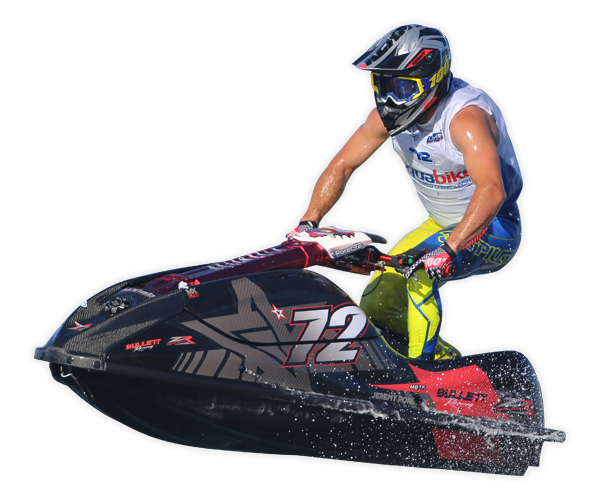 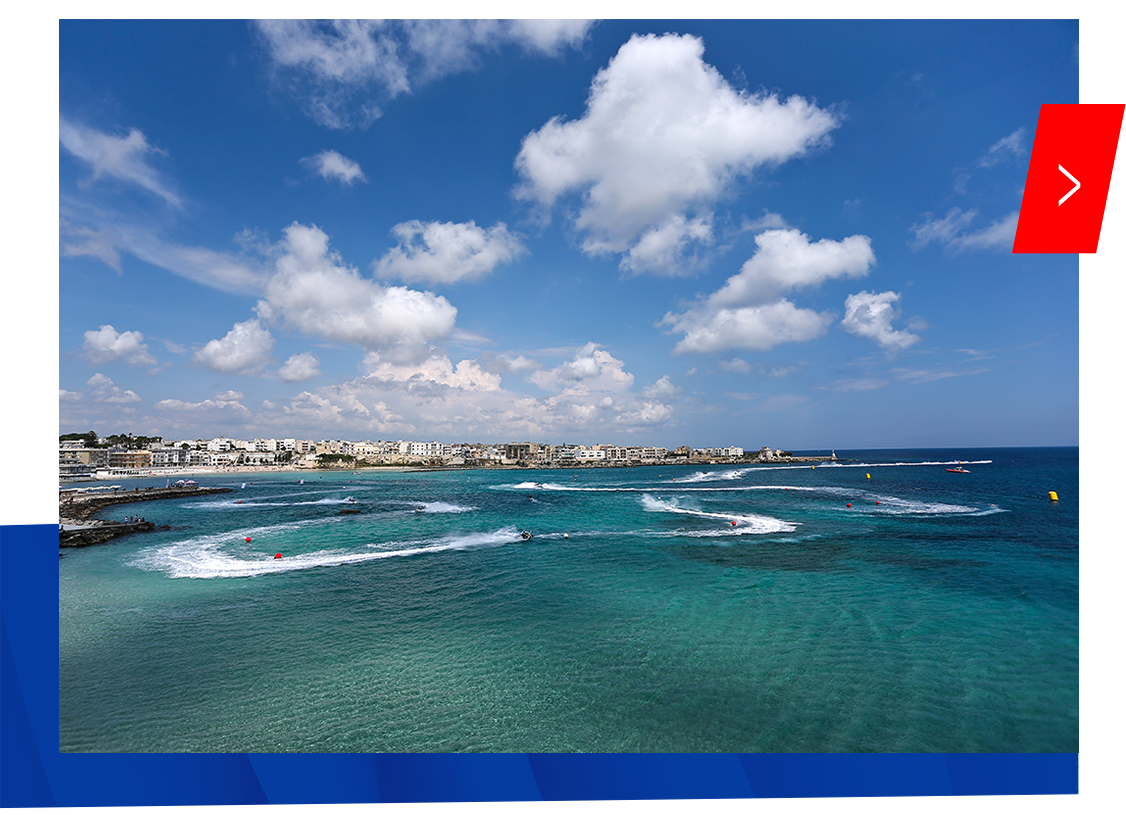 For both Runabout GP1 and Ski GP1, circuit racing is fast and furious with competitors racing over a multiple pin course comprising left and right hand turns, an alternate track and penalty buoy.

Starts are either dead-engine or rolling with circuits of circa 29-pin 1500metres for Runabout and 27-pin 1300metres for Ski.

Alternate course: Yellow, blue, green buoys as specified in the briefing. (If a rider choosing alternate course A invades course B or does not respect the exit demarcation buoy he/she will be disqualified).

Slalom is an explosive and nail-biting event and takes place at selected Grand Prix, with the top eight riders from qualifying in Runabout and Ski and the top four/six in Ski Ladies competing.

The competition is a dead-engine pontoon start run over a parallel two lane 96metre, five-pin course and is the best of three runs. 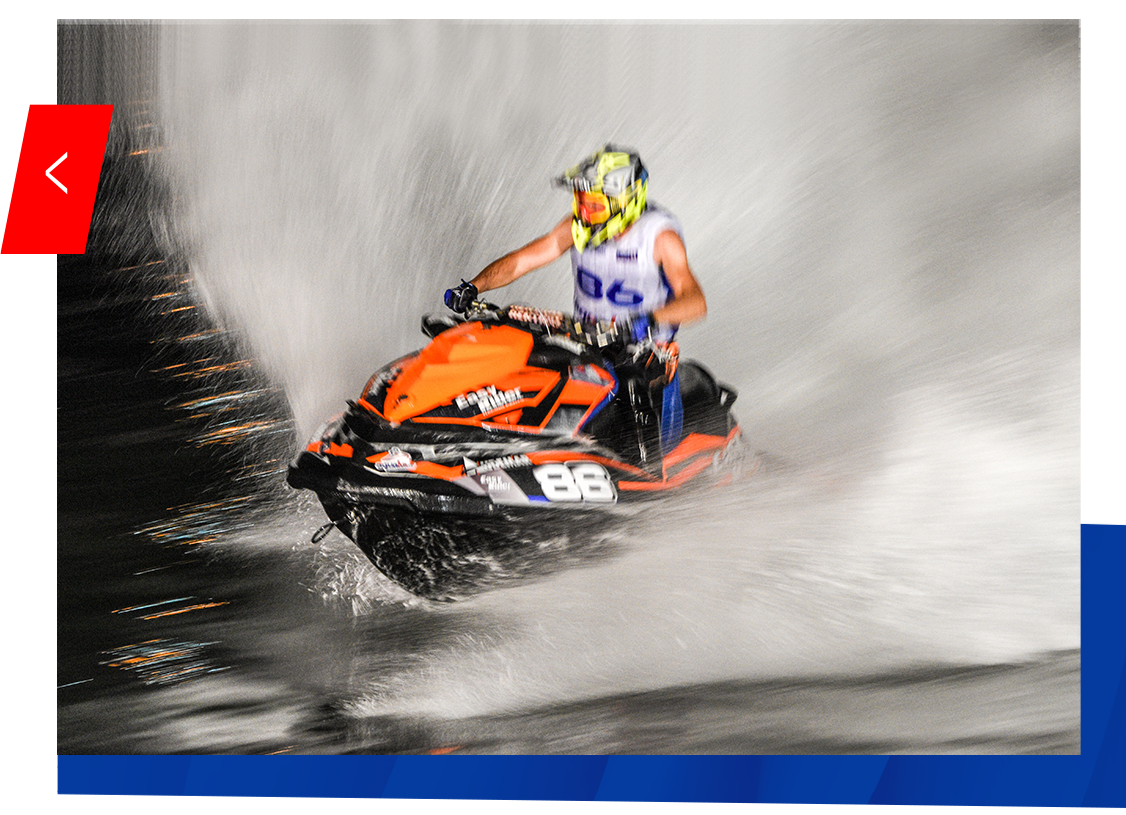 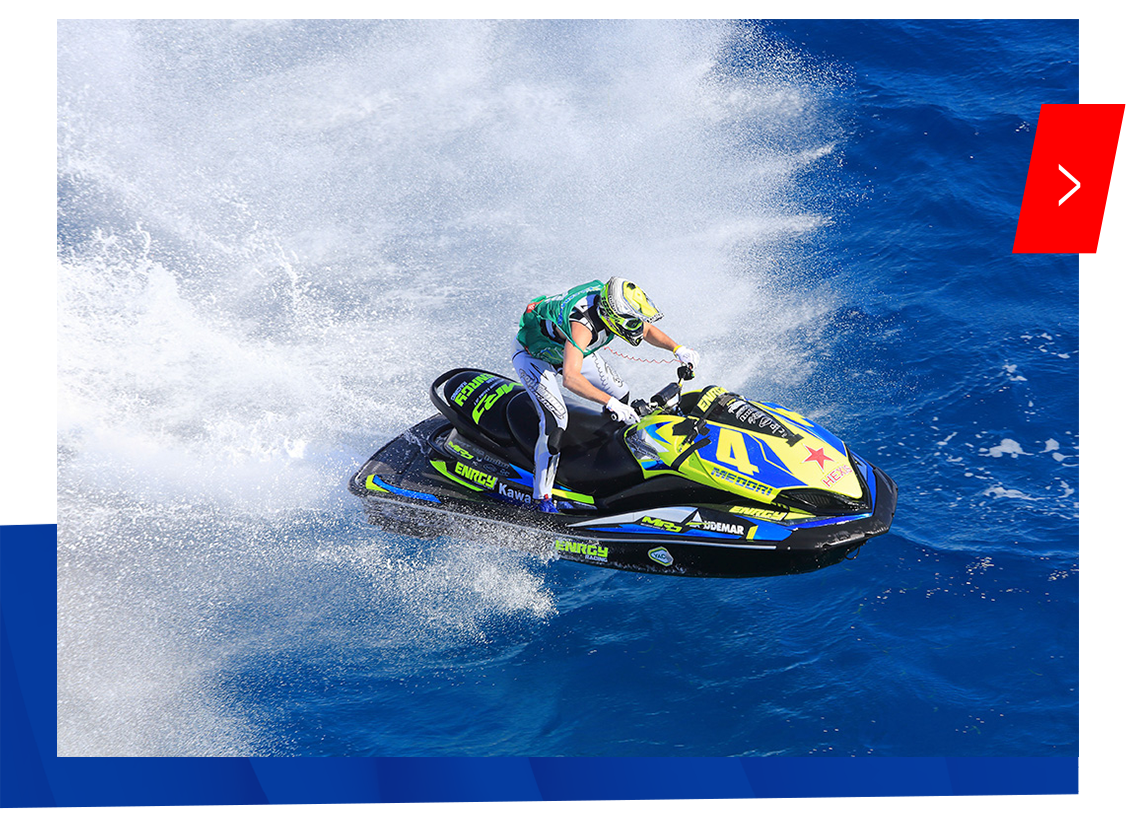 Offshore is arguably the most physically demanding and often described as a bike, body and bone breaker.

Held at sea or open water for Runabout bikes, Offshore is the most spectacular racing category with riders challenged by extreme conditions and sky high waves that demands the ultimate in fitness, skill and some luck!

Considered as the toughest races on the planet, where survival against all elements is the priority.

The multi-stage events are raced over distances of a minimum 110km with refuelling stops taking place at the same or different locations.

Held on open water close to shore, the closed-course circuit is between 5km and 20 km with a maximum time limit of 60 minutes with start, refuelling and finish taking place at the same location. 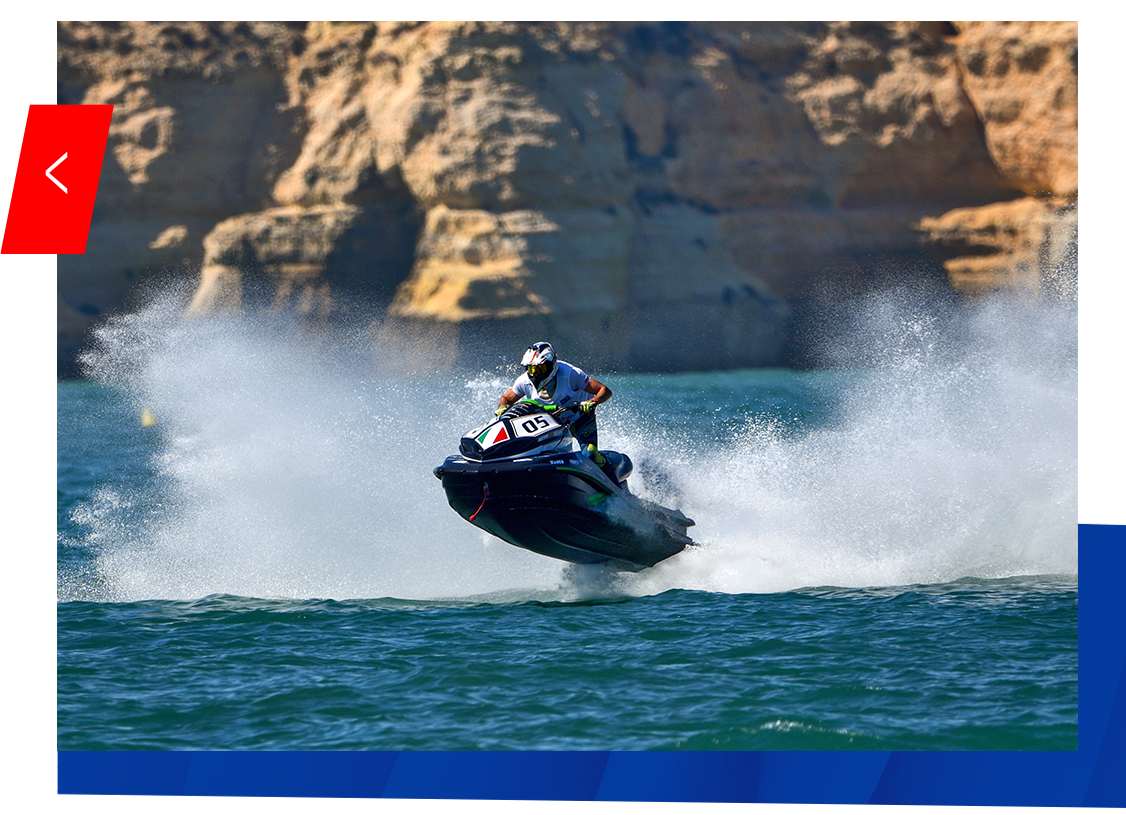 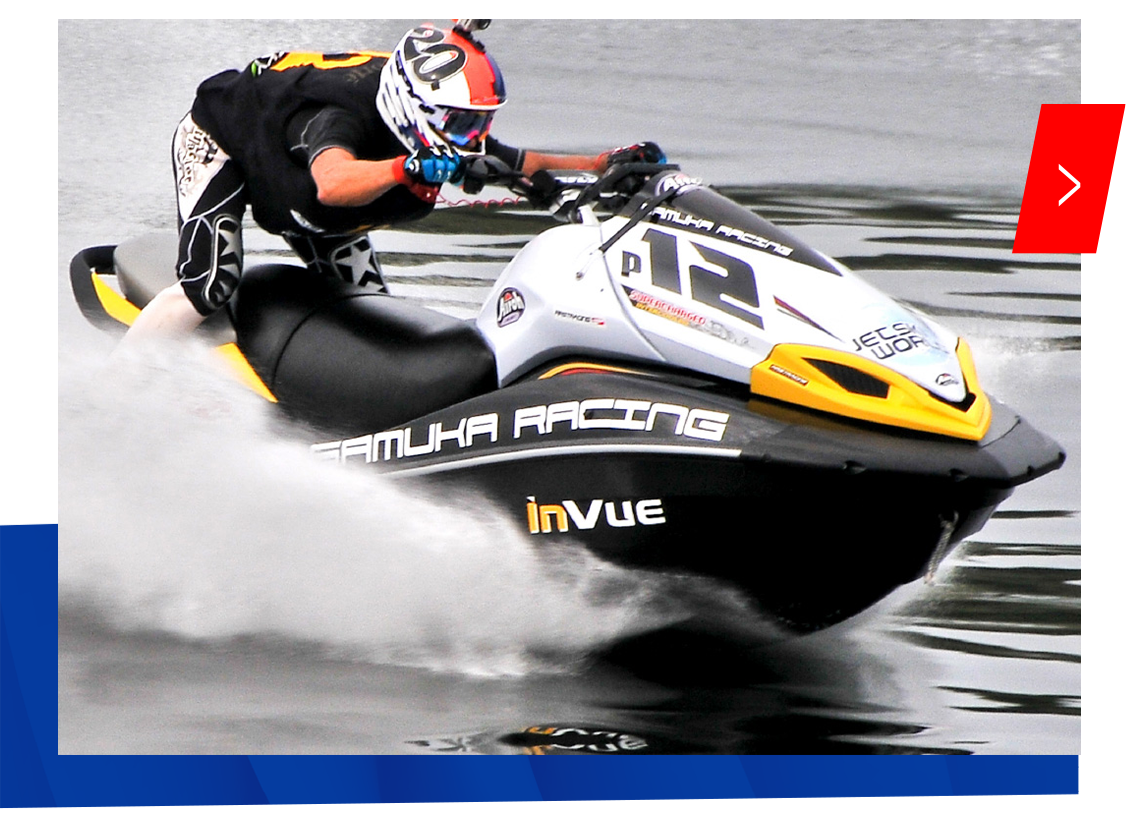 Similar to Offshore in the challenge the competitors face, the races are multiple stages of a minimum 110km and a total distance of between 250 and 1500km.

The start, refuelling point and finish of each heat must be at a different location