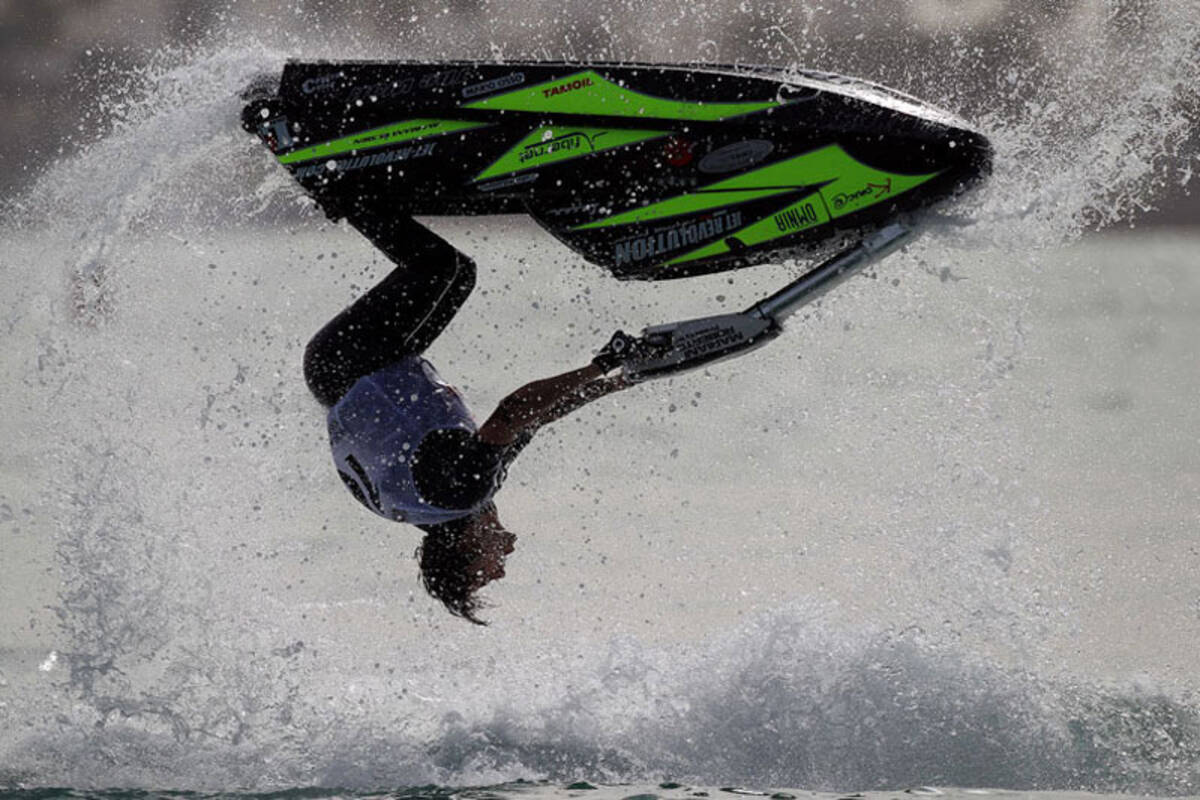 Calderoni Will Be Back For Round Two

Monday, 5 March: Doha absentee, Valerio Calderoni, has confirmed he will be in the Freestyle line-up at the next event in Golfo Aranci, Sardinia, Italy 1-3 June.

The defending World Champion from Italy was forced to pull out of the season-opener at the last minute after slicing open his hand, making it impossible for him to compete in the spectacular and demanding Freestyle event.

The flamboyant showman from Rome, who turns 25 next month, will have to be on the top of his game when he faces Rok and Nac Florjancic, and Romain Stampers who was runner-up to Calderoni last year in the World Championship.

The Slovenian brothers were very impressive in Doha, finishing first and second overall with Frenchman Stampers third - a repeat result of their only Grand Prix outing in 2011 in Liuzhou, China - with Rok, the elder of the two a class apart, finishing off his routine in heat 2 with a remarkable seven back flips to take maximum points and seal the Qatar Grand Prix title.