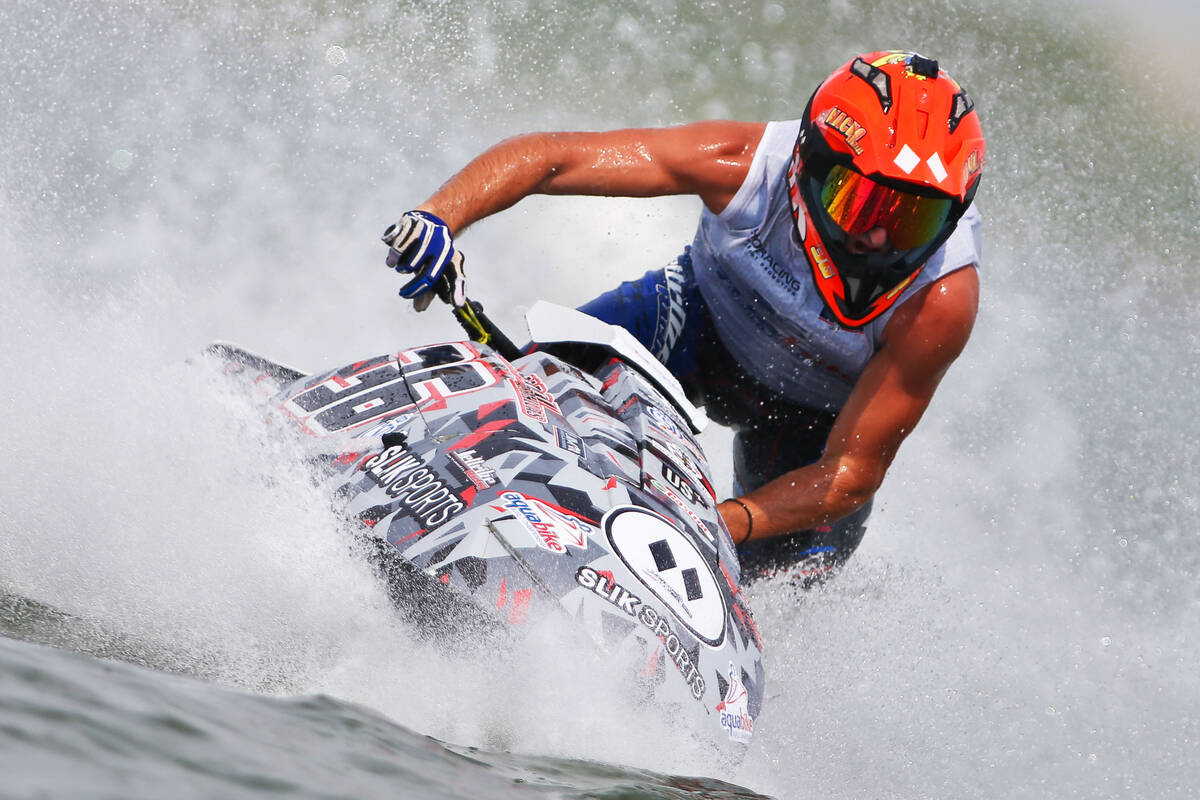 Thursday, 22 September, SHANGHAI (China): Nacho Armillas starts race 1 of the UIM-ABP BUND Holding Group Aquabike Grand Prix of Shanghai from pole position and is confident that the continual development work on his bike through the summer months will pay dividends.

The Spaniard won the Ski GP2 title earlier in the year and sits in third place in the standings one point shy of Stian Schjetlein and 24 off leader Jeremy Poret, but realised he and his team were not where they need to be to overhaul his key rivals in GP1. “The work we have done is a sequence of improvements rather than upgrades and we have worked really hard on the ski,” he said ahead of this afternoon’s race. “After the last race at the Europeans we realised we were not where we had to be. I had a lot of problems to keep with guys like Kevin and Stian. So we had to change something. Myself I had to train more specifically for the ski. We have focussed on electronics because we were a long way off the others and changed to a SDC hull which is much easier to ride.

“Yes yesterday I got pole but the time difference between me Kevin and Stian is nothing. This is motorsport maybe tomorrow we are off the pace. We know what we are doing but we don’t know what the others are doing. But for sure everyone is working, working, working all year to improve.”