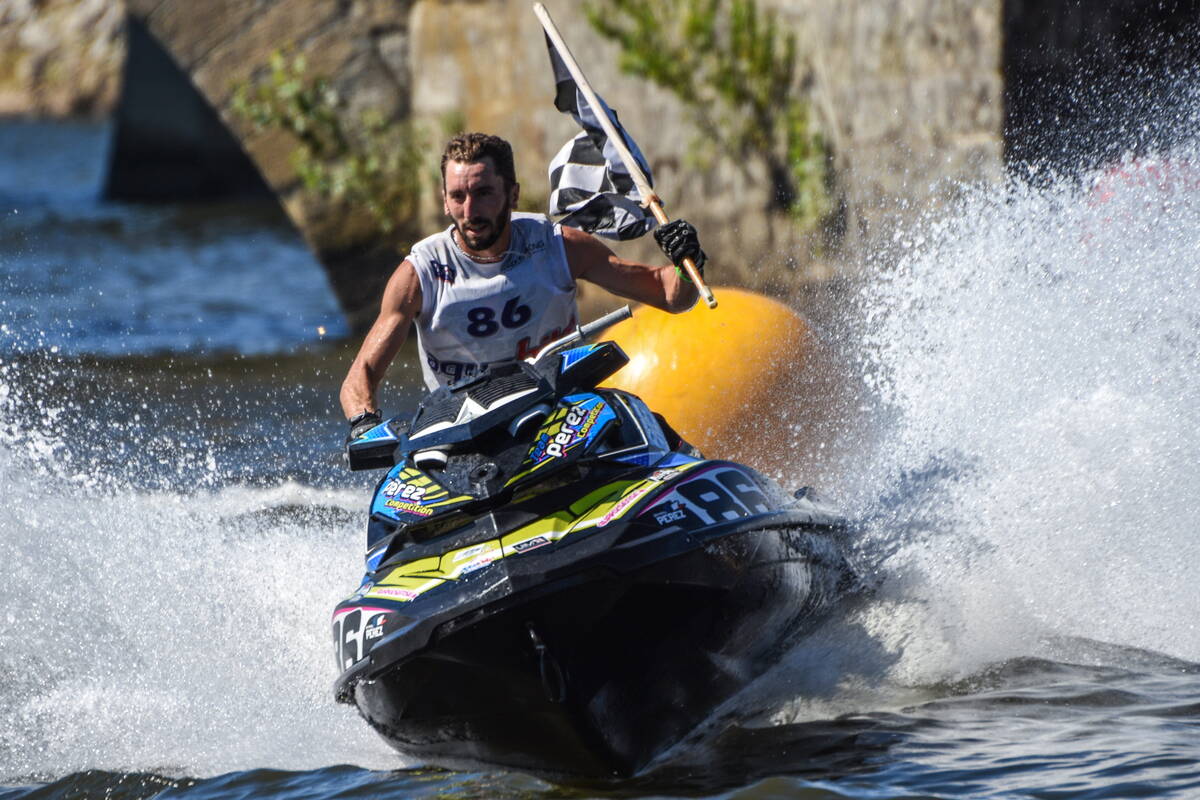 FOUR IN A ROW FOR PEREZ

Monday, 25 July: Jeremy Perez successfully completed a fourth defence of his Runabout GP1 European title at the final round of the championship in Mirandela.

Perez headed to Mirandela with an eight point advantage over ‘absentee’ Gyorgy Kasza, winning the first two heats and taking fourth in heat 3 to seal the title with an overall winning margin of 32 points from Patrice Pellier, Christophe Agostinho taking third.

Overall victory in Mirandela went to Agostinho with two-seconds and a win, Perez in second with Pellier third.