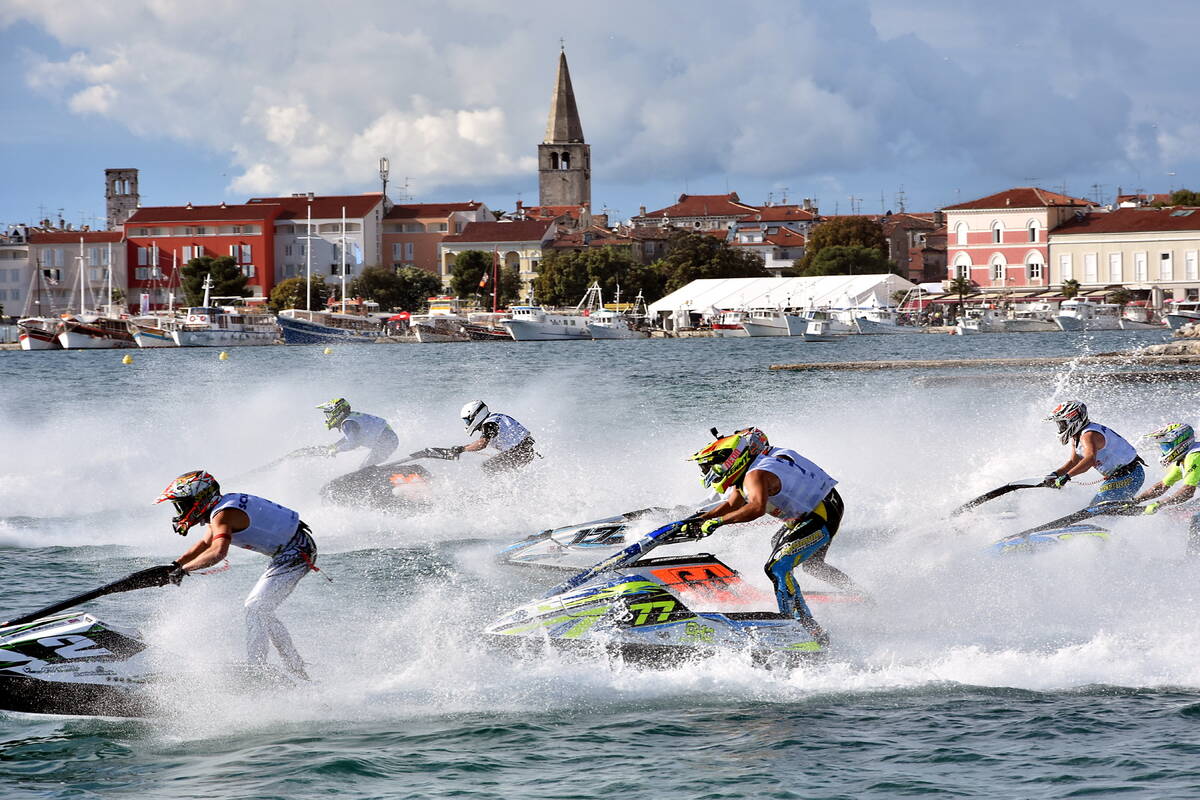 Monday, 16 May: Jeremy Poret laid down his marker of intent for the international season ahead and sent a clear message to his rivals with a convincing series of outings in Porec to claim a comfortable overall victory by 18 points over Norway’s Stian Schjetlein and the man who took Poret’s world crown last year, Austria’s Kevin Reiterer.

It was a mixed weekend in Ski GP1 for Spanish star Nacho Armillas who failed to post points in race 1, winning race 2 but could only manage fifth in the final outing and take fourth overall. It was not a good weekend for defending champion Mickael Poret, grabbing a third, then failing to post points and then not starting.

For Jeremy Poret the switch to a new Bullett Racing hull this year is proving a good move. The three-time World Champion won the opening round of the French Championship earlier this year and was the standout rider in Porec, notching up two wins and a second.

SAS Racing’s Schjetlein also enjoyed a good outing on his new ProForce Kawasaki sx-r 1100 that he has been developing in the USA, his two seconds and a fourth splitting the world champions, Reiterer’s best a second in race 3.

Reiterer and Armillas continued their personal rivalry in GP2, the Austrian again coming out on top, the pair with a race win a piece, Reiterer’s two-seconds giving him the edge, with Norway’s Daniel Svae Andersen also chalking up a race win and taking third overall.