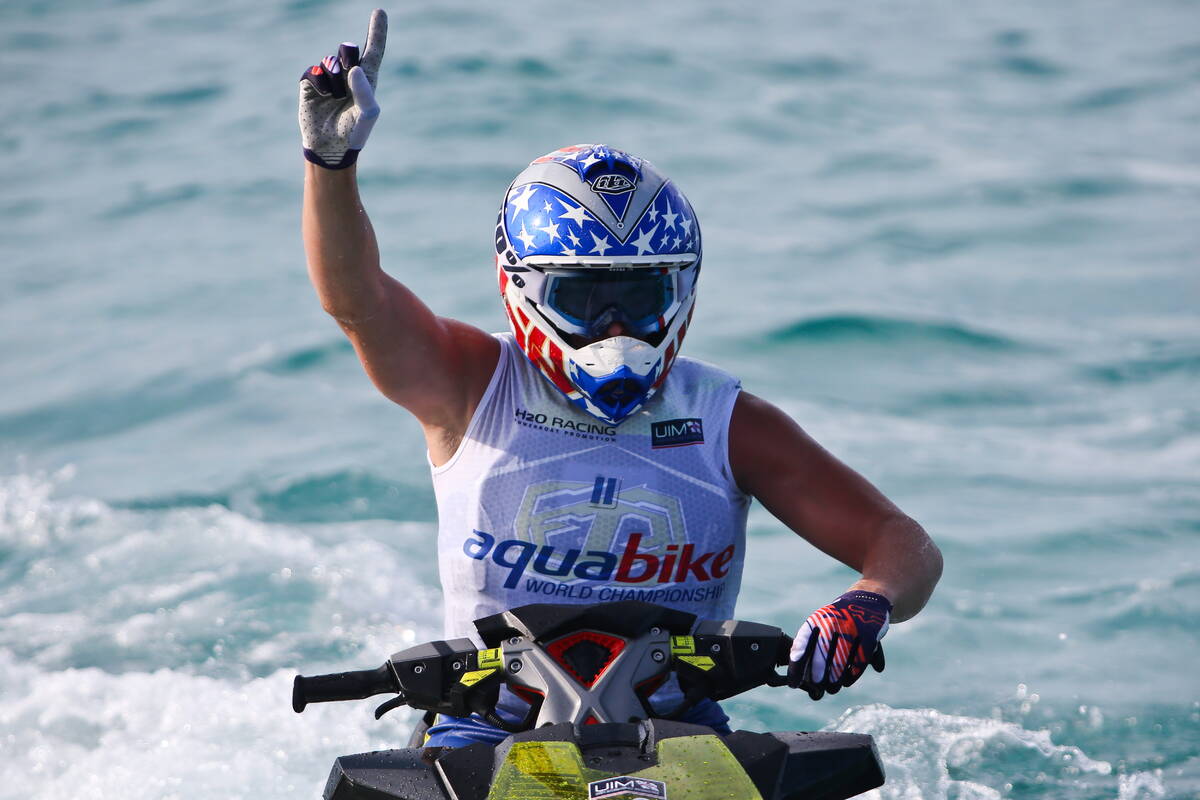 Tuesday, 23 August: Denmark’s Marcus Jorgensen will head to China for the UIM-ABP Aquabike Grand Prix of Shanghai, 19-22 September, intent on continuing his impressive run of form.

The 21-year-old from Copenhagen took full advantage of the championship’s ‘open’ status to register for the races in Italy and Spain earlier in the year and his impact was immediate, his rise from relative unknown to championship leader in Runabout GP1 quite remarkable.

Few riders have made such an impact in their rookie season, let alone on their Grand Prix debut; a solid sixth in qualifying was followed victory in heat 1, the Dane proving that was no fluke winning again in heat 2 to seal the Grand Prix title on his maiden outing. Two weeks later in Spain he again proved his mettle finishing second and third too claim second overall and score a consecutive podium.

The results put the ‘rookie’ in front in the title race on 86 points, 20 clear of defending world champion from Kuwait, Yousef Al Abdulrazzaq, with Briton James Bushell in third on 50 points.

But Jorgensen’s impact and exploits have not been confined to the world championship, taking the Runabout GP2 world title in Spain and wrapping up the European GP2 title with an unbeaten run in Croatia and Portugal.