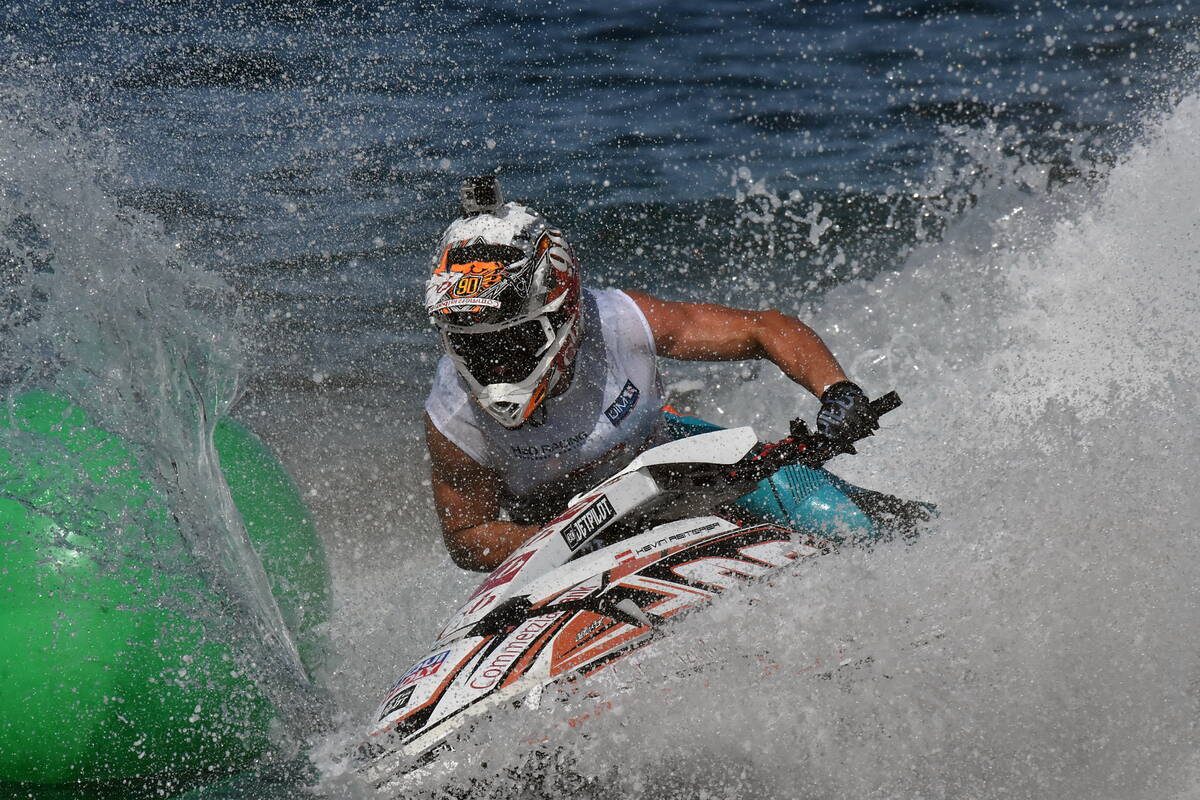 REITERER LOOKING TO MAKE UP LOST GROUND IN TITLE RACE

Tuesday, 20 September: Defending world champion Kevin Reiterer will be looking to make up lost ground and close the 28 points’ deficit to rival and championship leader, Jeremy Poret, at the UIM-ABP BUND Holding Group Aquabike Grand Prix in Shanghai on 23-25 September.

Last season the 22-year-old faced a similar situation and if he is to successfully defend his title he must produce more of the same starting with a convincing performance on Dishui Lake in Shanghai, after dropping points’ last time out in Spain when he was forced to retire from race 2. “My Ski is finally coming to life and now I am feeling very confident on it,” said Reiterer. “I won the European Championship and gave the first win to the new ski in Portugal. Then I made some more modifications and a week of testing in Thailand with SDC to develop and improve our new hull.

“I also competed in Sweden at the Nordic championship and won three out of three motos, so now it is time to give it its first world championship win. I am ready for china and have been training hard in order to have a chance to defend my title.”