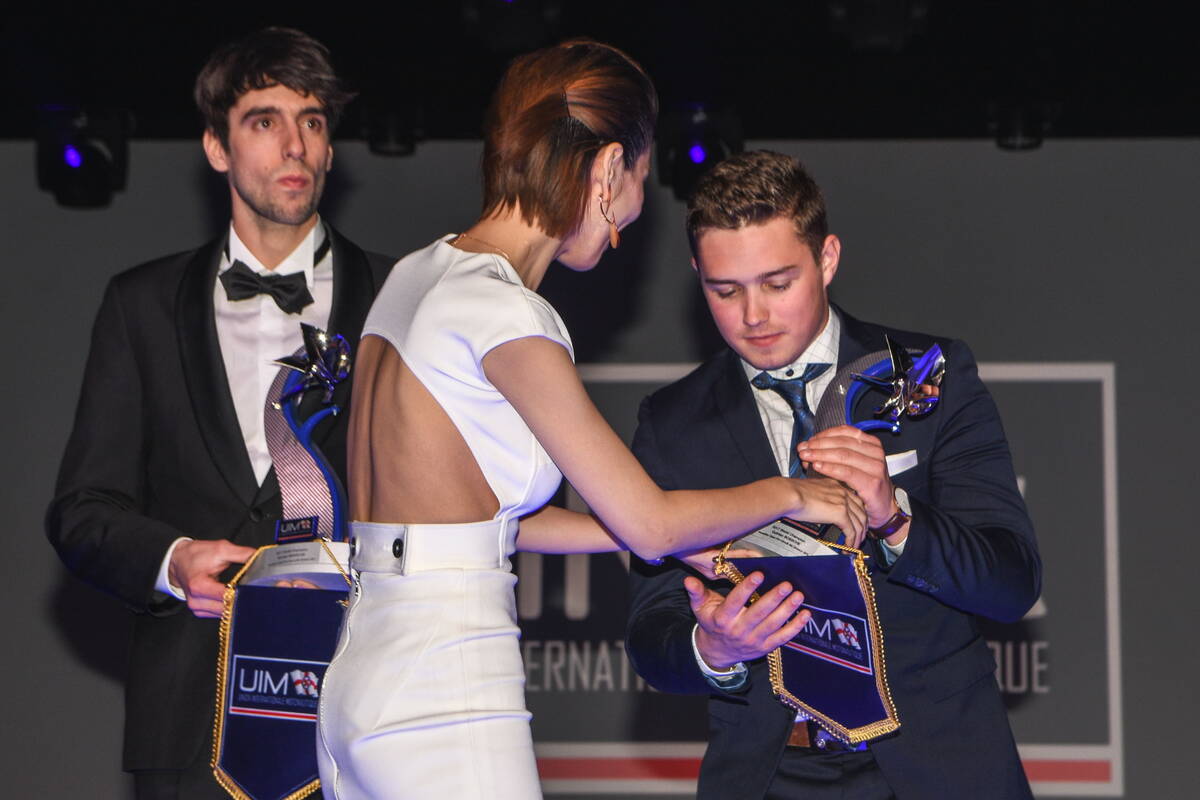 The champions of 2017 were joined by 400 special guests as VIPs from the boating industry, sport, media and business attended the annual star-studded event sponsored by BUND Holding Group -China, H2O Racing and UNICEF. "The annual UIM Awards Giving Ceremony and Gala Dinner is undoubtedly one of the biggest appointments on the international powerboat season calendar," said UIM President Dr Chiulli. "We believe in celebrating and honouring the achievements of our World Champions and we are proud to share this evening with the distinguished drivers."