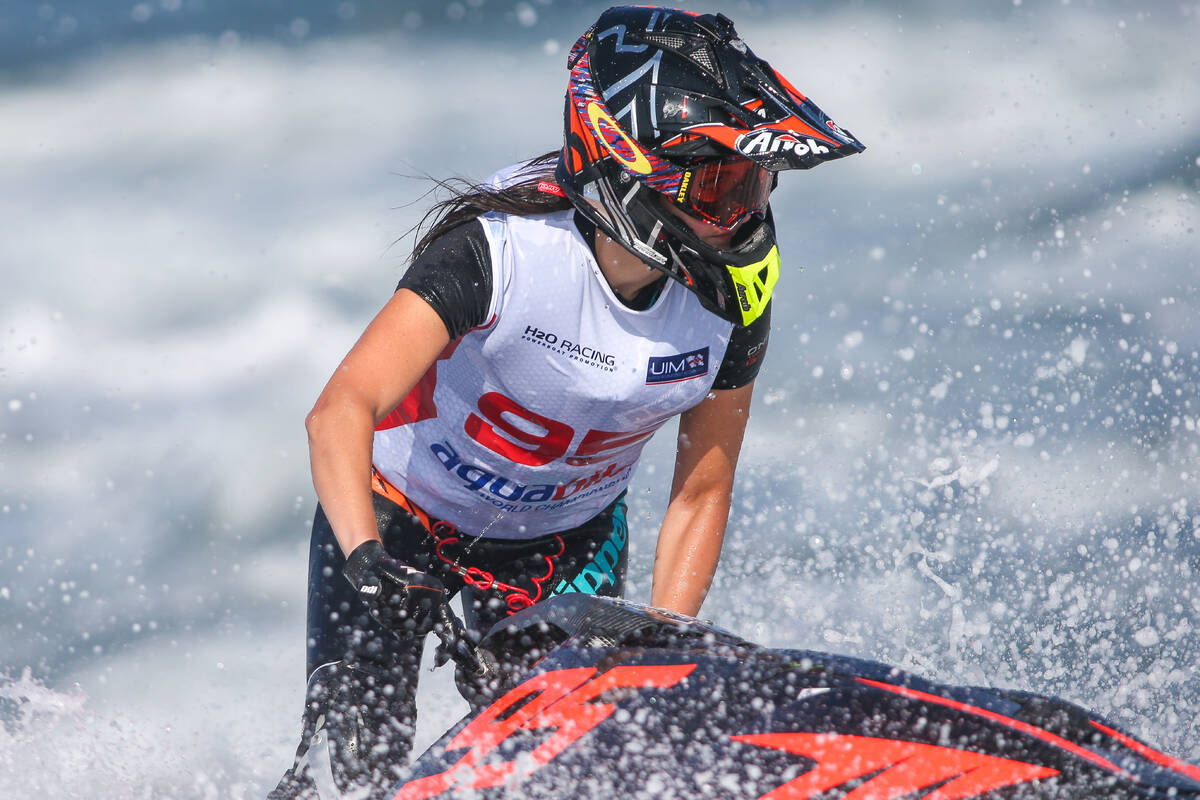 Saturday, 1 June, OLBIA (Sardinia, Italy): Krista Uzare opened up a five point lead in the championship standings after taking her second win of the year in the first Moto of the weekend at the UIM-ABP Aquabike Grand Prix of the Mediterranean.

The race turned on lap 6 when pole-sitter and race leader Ortendahl hit a big wave and came to a sudden stop, her upper body smashing into her handle pole, the Swedish rider dropping over 10 seconds with Uzare taking full advantage to hit the front and going on to win by 20.61s

Despite the big impact Ortendahl kept going to take second spot, with Fearn again producing an impressive performance and holding off a strong and persistent challenge from Katriin Nilbe.

Jonna Borgstrom showed signs of a return to fitness and form and enjoyed her strongest outing of the year coming home in fifth, with Jessica Chavanne in sixth.