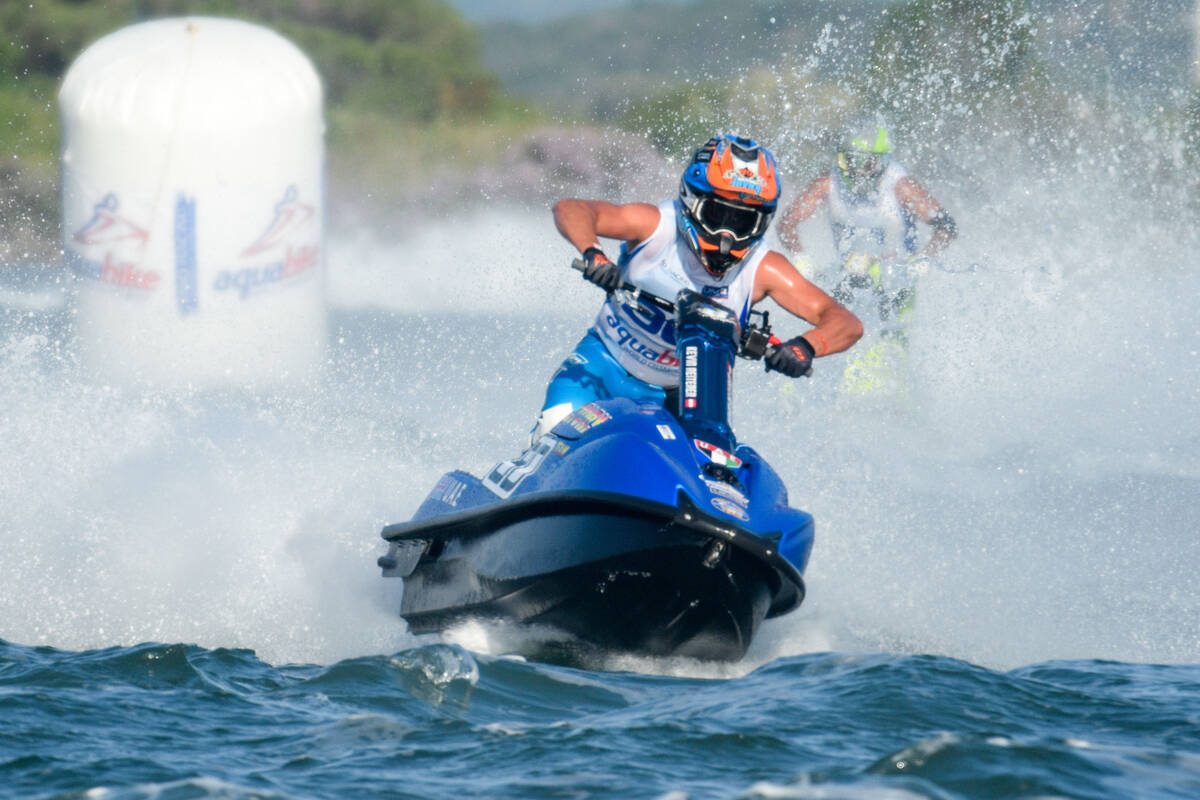 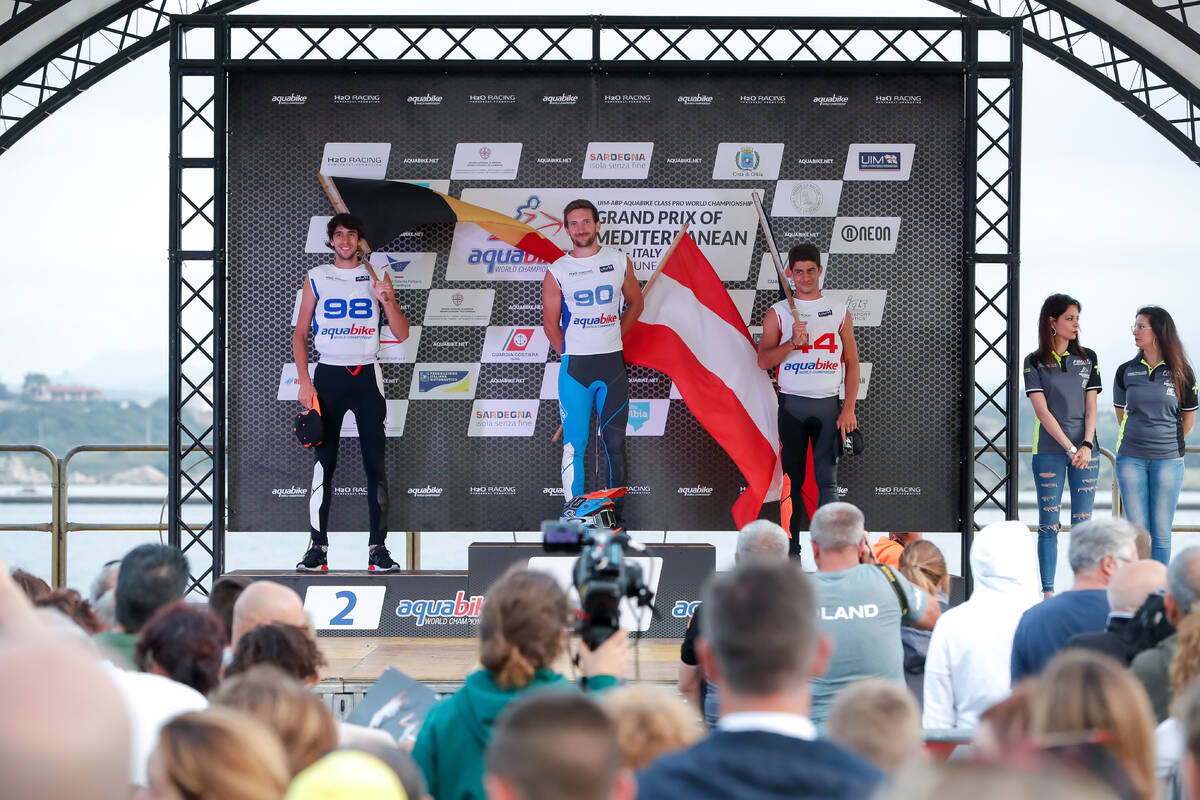 Sunday, 3 June, OLBIA (Sardinia, Italy): Victory Team’s Kevin Reiterer took his second win of the weekend in Ski GP1 at the UIM-ABP Aquabike Grand Prix of the Mediterranean to take his first Grand Prix win of the year.

The Austrian rider trailed Quinten Bossche throughout the 10 laps to the chequered flag, but a 15 second post-race time penalty handed out to Bossche for not maintaining his line at the start dropped him to second, with Raphael Maurin coming home in third and take the final step of the Grand Prix podium.

For full classifications and championship standings: