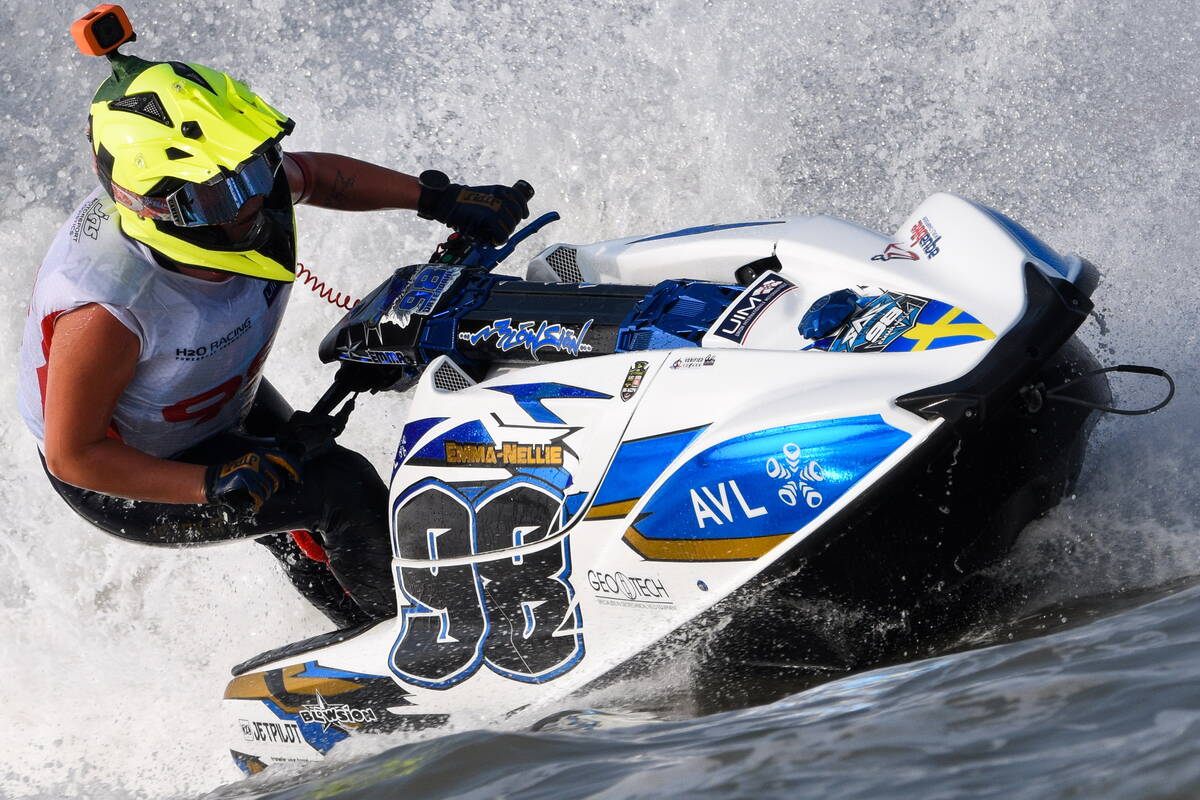 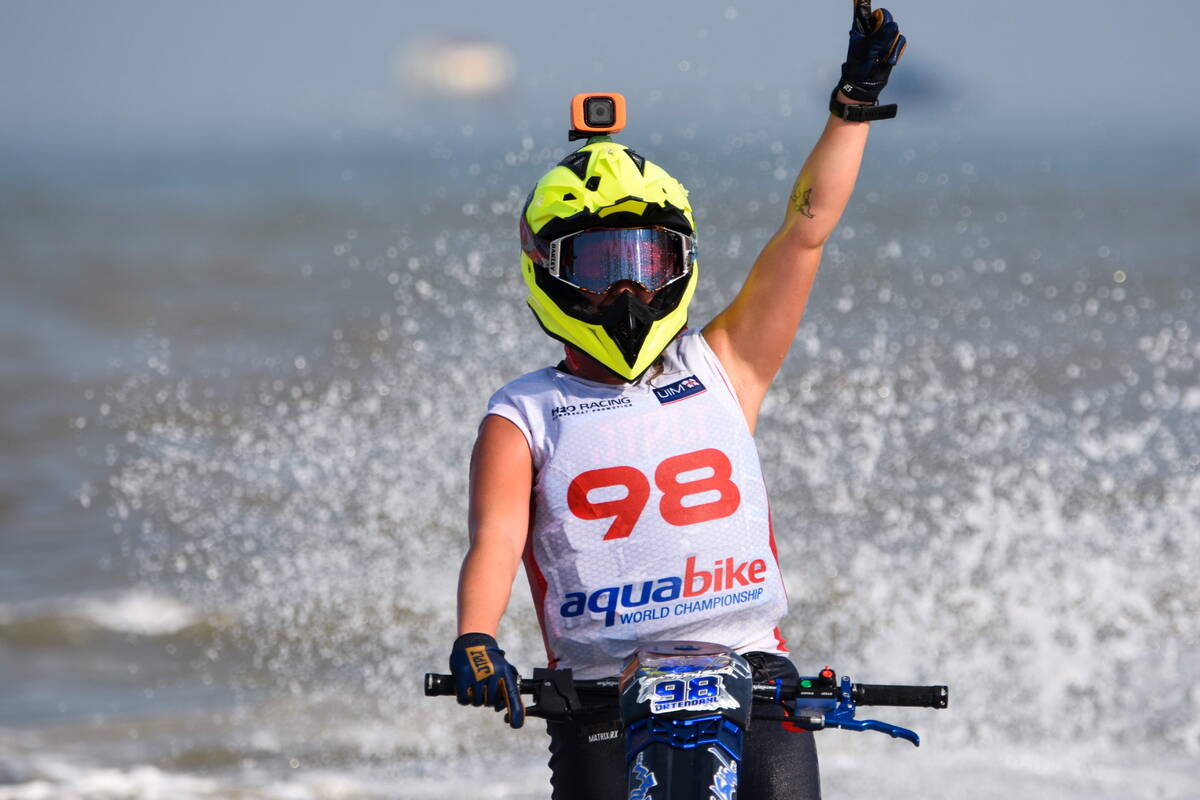 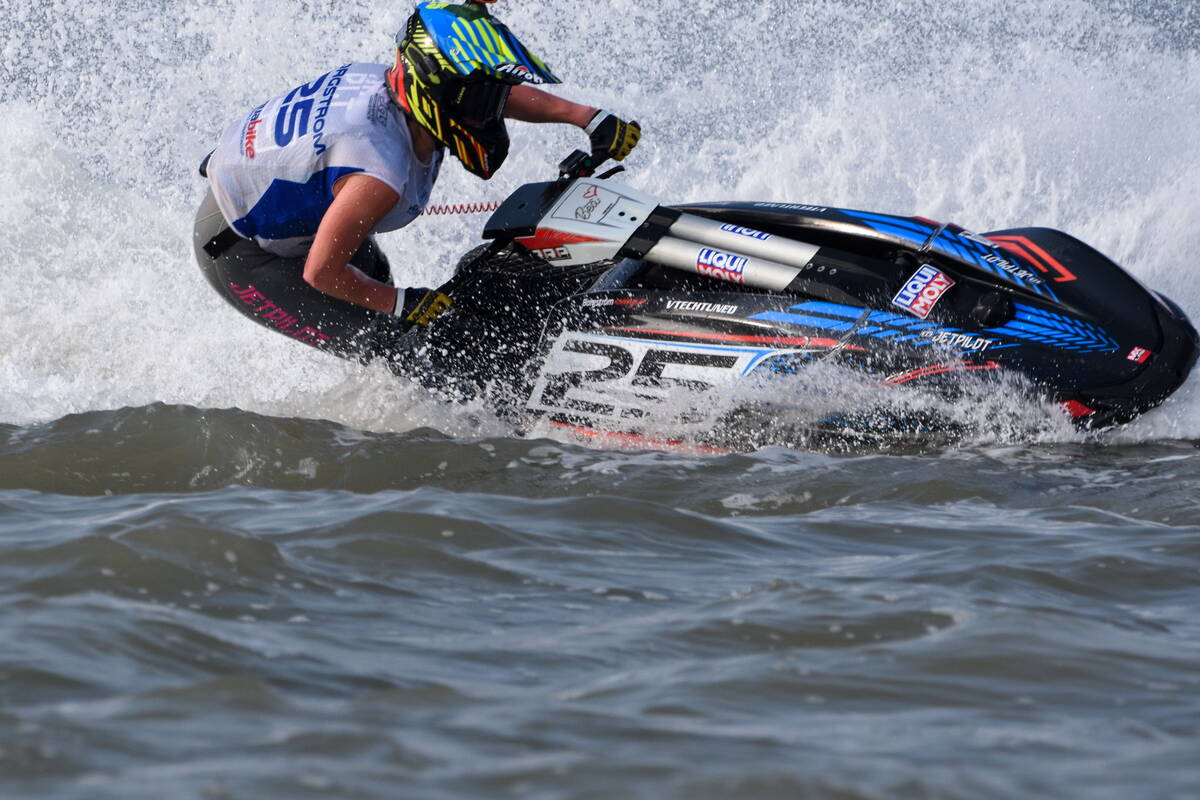 ORTENDAHL WITHIN TOUCHING DISTANCE OF TITLE AND A SLICE OF HISTORY

Wednesday, 11 December: Sweden’s Emma-Nellie Ortendahl heads to Sharjah for the final Grand Prix of the UIM-ABP Aquabike season [17-20] as the odds on favourite, within touching distance of the title and possibly making a slice of history.

The two-time world champion has had a remarkable season in which she has dominated a very strong Ladies [Ski] division, lifting all three Grand Prix titles, quickest in all qualifying sessions and unbeaten in all nine motos and tops the points table on 225 needing to outscore her rivals by three points in the first moto to close out the title race.

If the 21-year-old from Alvangen can continue her dominance and wins all three motos she will make history becoming the first women to go unbeaten in a season, which she missed in 2016 by one moto.

After a heart breaking first outing in Sharjah in 2015, in her first full year on the UIM-ABP tour, when she led the title race going into the final event only to lose out to Jennifer Menard after breaking down and being disqualified in moto 1, Ortendahl has since gone on to win there twice winning all five motos in 2016 and 2017 to claim the GP and world titles, finishing second last season.

The Borgstrom sisters Jonna and Sofie are in the mix to make it a Sweden one-two-three year-end podium and sit in second and fifth spots and are both enjoying strong 2019 campaigns, Jonna picking up three podiums, Sofie having her best season with a best overall fourth and two further top six finishes but needs to be at her best if she is to make up the points deficit.

France’s Estelle Poret has enjoyed a strong comeback season and lies in third spot with eight points to make up on the elder Borgstrom sister Jonna after a podium and two fourths overall, with Estonia’s Yasmiin Yrpaus, the 2019 European Champion, picking up one podium and currently 14 points off third place.