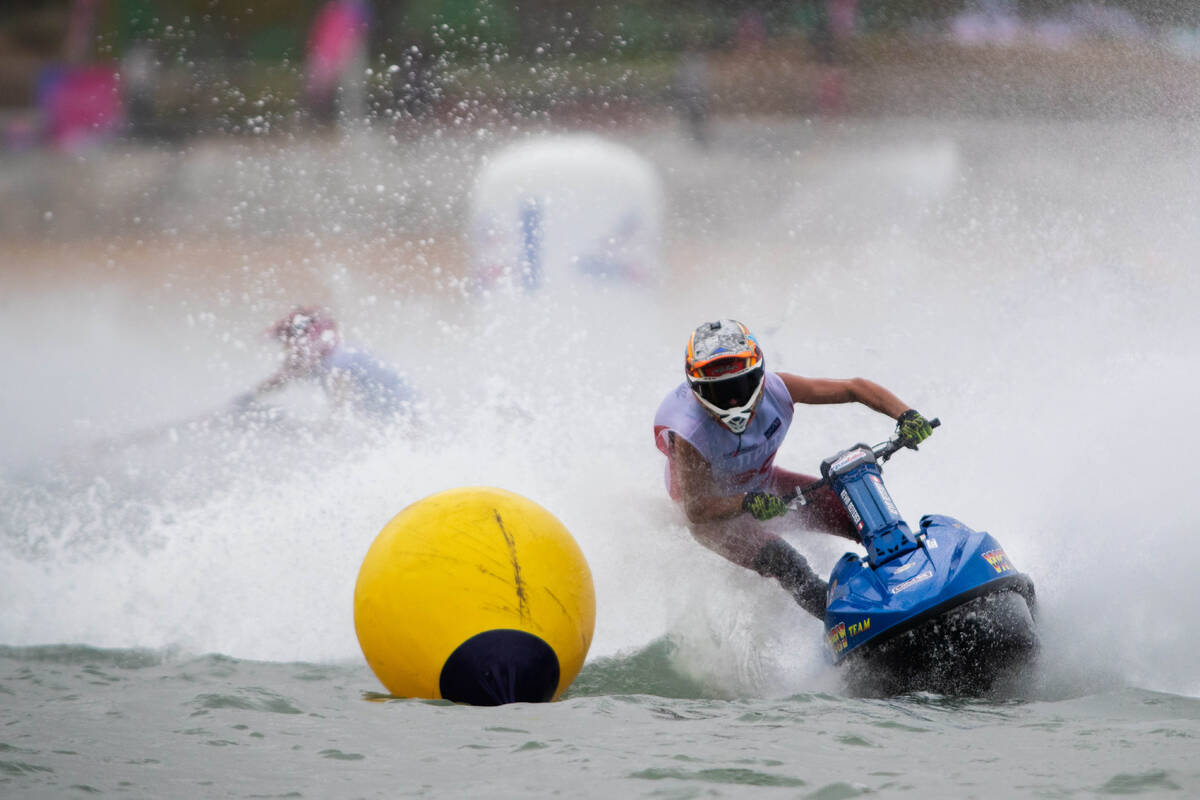 REITERER AND ORTENDAHL QUICKEST IN QUALIFYING

Both Reiterer and Ortendahl excelled in the revised format 8 minute plus 1 lap qualifying race despite neither enjoying ideal starting spots off the beach.

Victory Team’s Austrian rider Reiterer started from fifth place in the group taking the inside line and alternate track but immediately moved up to grab the lead on the start lap and was 8.24s clear by the end of lap 1, the conditions suiting the defending champion who went on to dominate the session winning comfortably by 26.02s. and now has the luxury of choosing his start position for tomorrow.

Behind Reiterer Stian Schjetlein led home a trio of Norwegian riders and held off a strong challenge from Ulrik Berntsen who closed the gap to 3.29s, with Daniel Svae Andersen a further 10.72s back in fourth, Hungary’s Gabor Szabo and Estonia’s Markus Lutsokert rounding out the top six.

Xiaowei Wang was the best of the Chinese riders coming home in tenth place but it was a frustrating return to the UIM-ABP tour for Nacho Armillas who failed to make the start because of an electrical problem.

In the Ladies division Sweden’s Ortendahl had an even less favourable draw starting from sixth in the group running the outside split and trailed defending champion Krista Uzare for two of four laps before hitting the front and going on to win by 6.35s.

Uzare showed little ill effects of her enforced five month layoff through injury and looked impressive on her return, the Latvian holding off France’s Estelle Poret who trailed her to the chequered flag over 10 seconds in arrears, with Sofie Borgstrom holding off her elder sister Jonna to complete a Swedish one-four-five, France’s Jessica Chavanne coming in in sixth place, Xuconghui Li the best Chinese rider home in 11th despite incurring a two lap post-race penalty.

In Freestyle defending champion and current points’ leader Rashed Al Mulla maintained his hold over the top spot outscoring his rivals in all categories and awarded 81 points, with Roberto Mariani in second with 63 and Jaroslav Tirner third with 55 points, Chaofan Li the best of the Chinese in sixth.

With qualifying in Runabout GP1 taking place tomorrow it was Marcus Jorgensen who laid down the first marker and the fastest in practice completing four laps and going quickest with a best time of 2:10.79s, over three seconds faster than UIM-ABP tour debutant from Japan, Hajime Isahai with Estonia’s Anton Pankratov third fastest, Shan Chen the quickest of the Chinese.