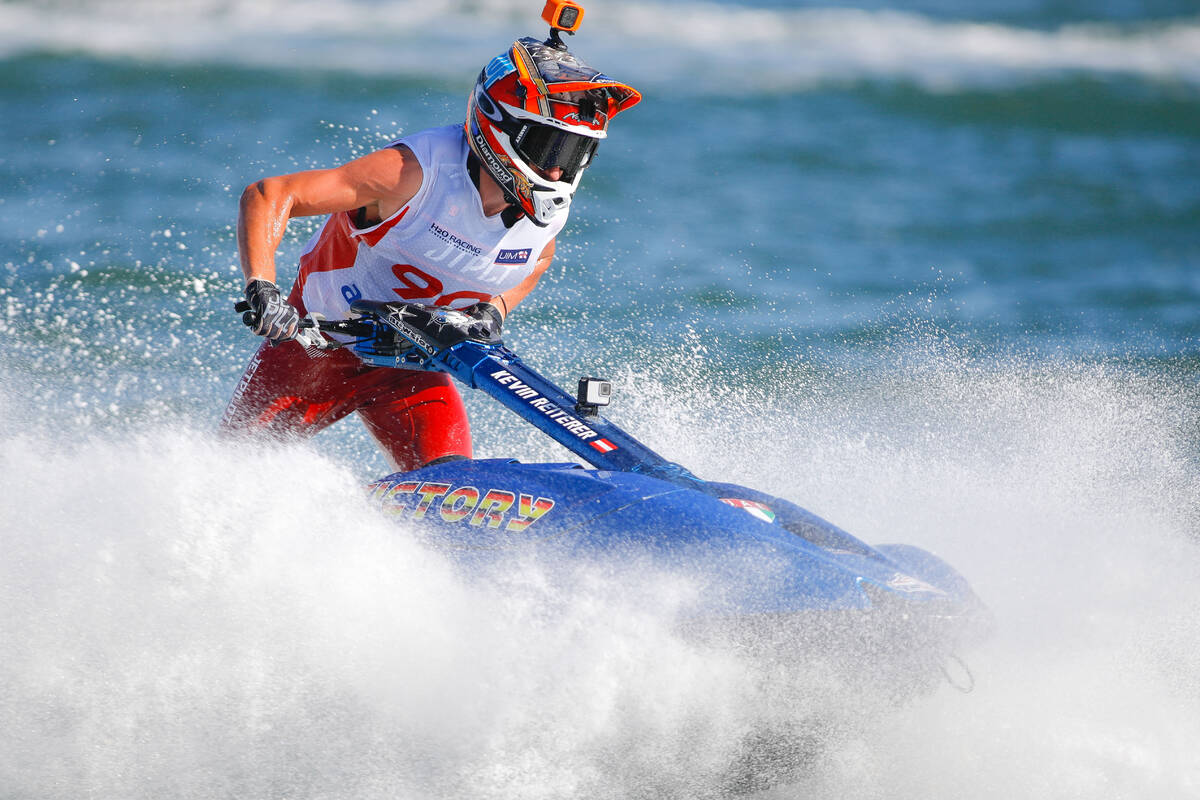 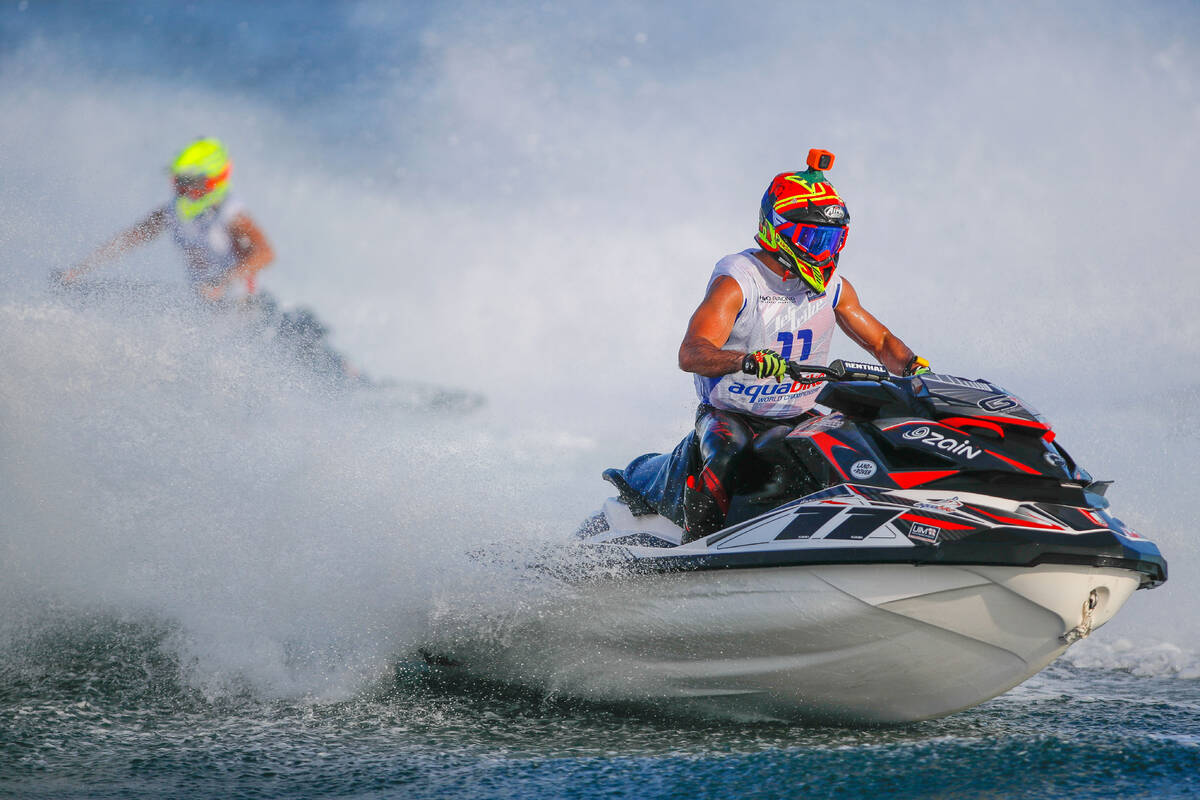 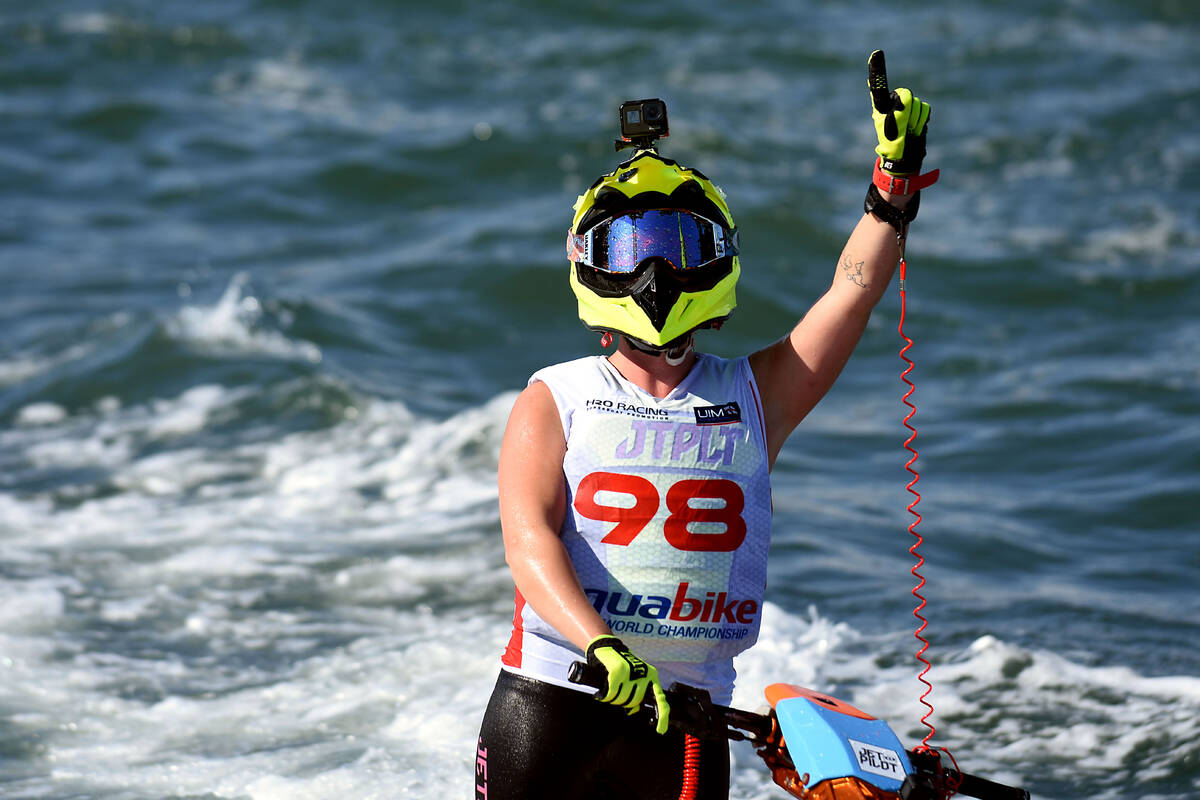 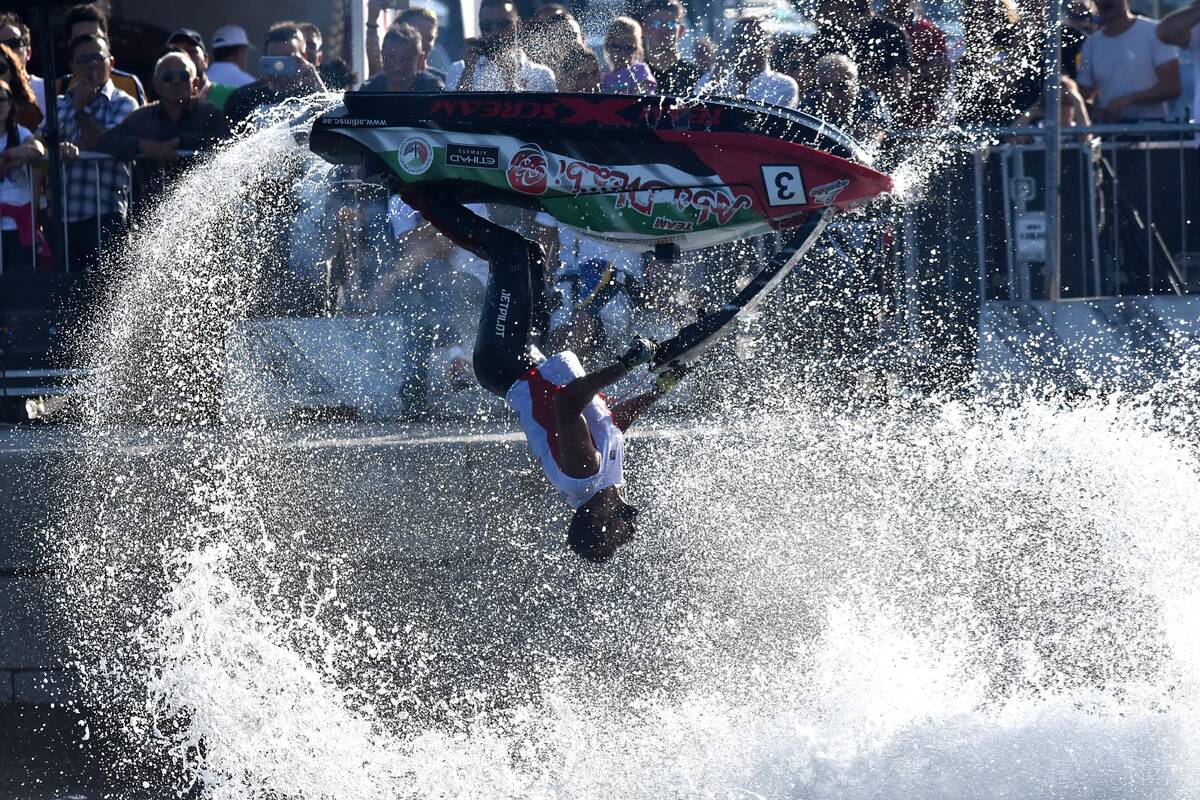 Yousef Al Abdulrazzaq completed the Olbia win double after cruising to a 72-second victory to take his first title of the year in Runabout GP1, with championship leader Rashed Al Tayer having a torrid afternoon, losing the lead on the start lap due to a technical issue, re-joining the race in last place but black-flagged a lap later for a course infringement.

Emma-Nellie Ortendahl maintained her brilliant start to the year and carded another perfect score to move further ahead in the championship standings, with Rashed Al Mulla maintaining his utter dominance in Freestyle.

The clash of the day was the winner take all encounter between Reiterer and Bossche following their clash in Moto 1, the duo heading into the decider tied on points with a win apiece.

Moto 3 was a rerun of the second, Reiterer trailing and hounding Bossche from the start, moving to within 0.2s on lap 5 and looking to make the pass, but a mistake on the alternate course a lap later extended the gap to four seconds.

By the end of lap 9 Reiterer was back to within a second of the leader, the two coming out of the alternate course side-by side, Reiterer on the inside and a backmarker ahead of them, the victory rider dived down the inside, Bossche got tangled up, Reiterer took the chequered flag, the win and the GP title.

Stian Schjetlein produced his best performance of the weekend finishing in third, but it was the man behind him in fourth, Barnabas Szabo, who clinched the final step on the Grand Prix podium, Mickael Poret rounding off his return to the UIM-ABP with a third top five finish, Daniel Svae Andersen finishing in sixth.

Abdulrazzaq dominated in Runabout from the end of lap one to the chequered flag, his second win of the weekend putting him right back in the title race and moving him up to seventh in the championship standings on a day his two main rivals dropped points.

Marcus Jorgensen made up places at the start and moved up into second place by the end of lap four to secure the runners-up slot and move to the top of the championship standings on 71 points, with Poland’s Andrjez Wisniewski enjoying his best Moto of the year, finishing in third to complete the Grand Prix podium and move himself into third place in the title race, tied on 69 points with Al Tayer.

Fourth place went to Jeremy Perez, ahead of Anton Pankratov and RobertoAlexander.

Ortendahl was once again the standout rider and in a class of her own in Ski Ladies and remains unbeaten in all competition on the UIM-ABP tour this year, leading from start-to-finish to win by 18.36s, with Jonna Borgstrom finishing in second to take third overall, the runners-up spot going to third-placed Estelle Poret, Kylie Ellmers getting her best finish of the year in fourth.

In Freestyle Rashed Al Mulla’s unrelenting march continued as he secured an eighth straight Grand Prix title, scoring 89 points out of 100 to win the second Moto from Roberto Mariani and Sergey Chemezov, Niels Willems completing the podium after taking fourth.