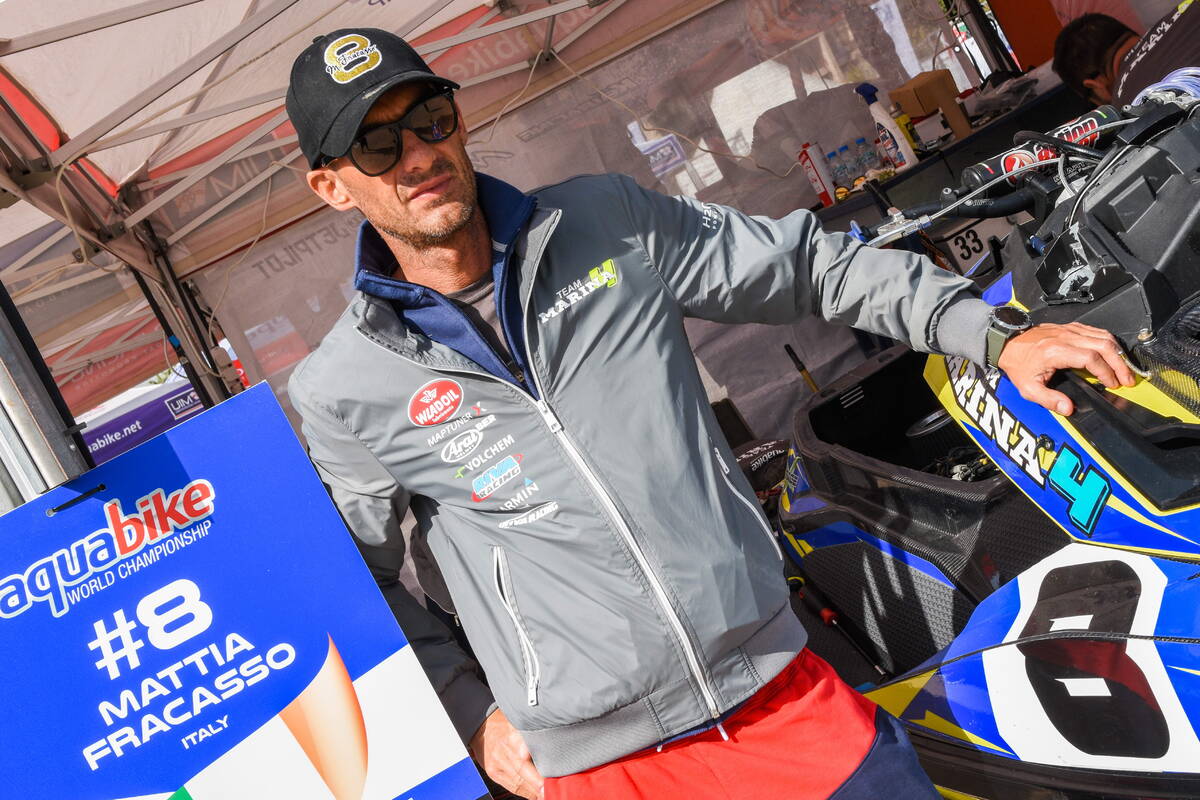 FRACASSO FIT TO RACE DESPITE CRASHING OUT IN YESTERDAY’S QUALIFYING

Friday, 14 February (KUWAIT CITY): Italy’s Mattia Fracasso has confirmed that he will be back out on the water for this afternoon’s first moto in Runabout despite his high speed crash at the start of Q2 in yesterday’s qualifying.

The 2011 champion looked to be on course for a good qualifying slot after going P7 in the first session, but took a thumping fall when the drive plate broke all but stopping the bike dead in the water and launching him through the air before landing heavily and awkwardly.

Fracasso was taken to hospital for precautionary checks and scans but was released within a couple of hours and given the all clear - albeit somewhat battered and bruised!

The Italian sat out today’s practice whilst his team worked to repair his Runabout, with Victory Team’s Ali Allangawi setting the pace from Rashed Aldawas and Jan Jensen.