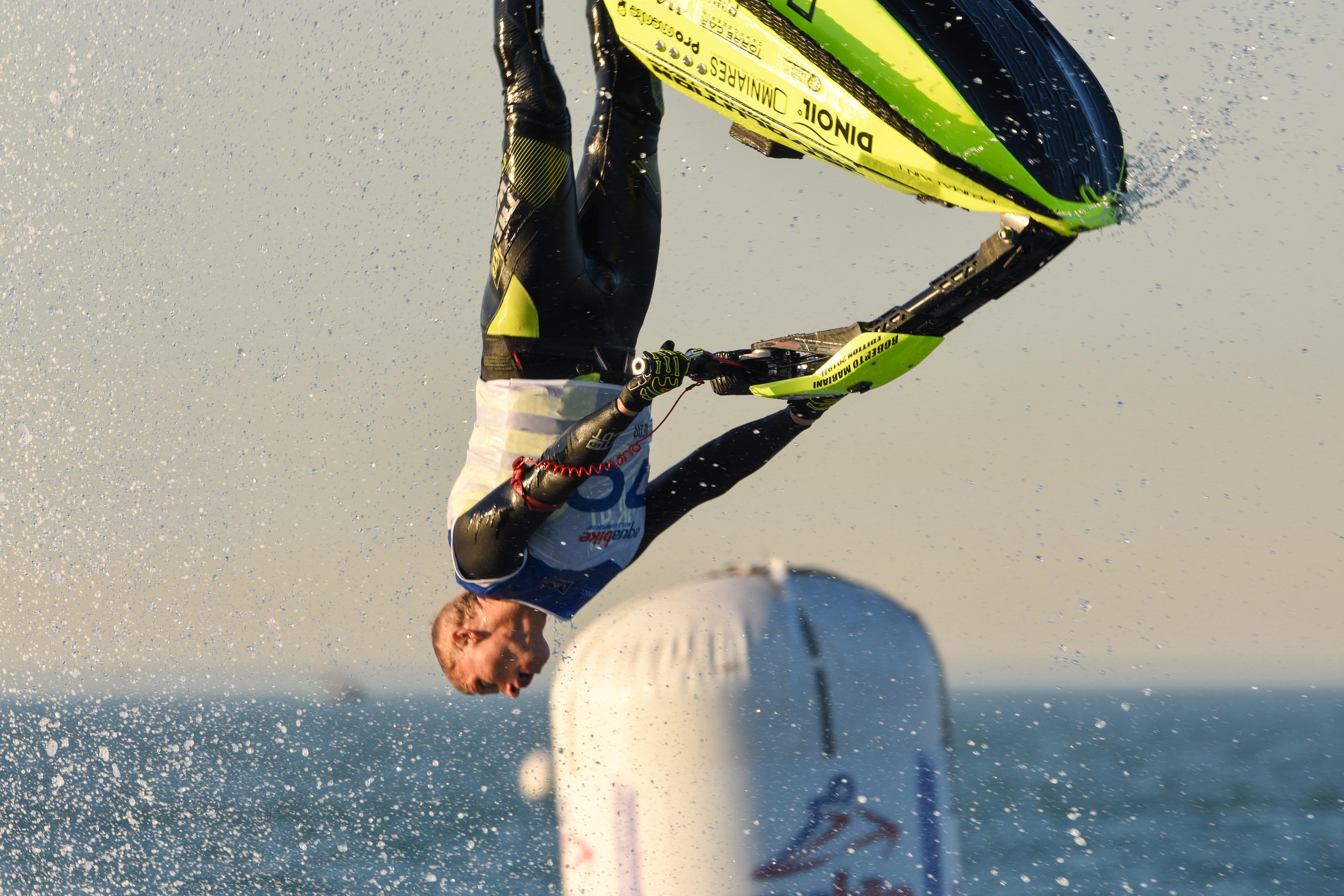 Thursday, 13 February: Rashed Al Tayer rounded off a very good day for Abu Dhabi after taking his first pole position on the UIM-ABP tour and the team’s second of the day at the UIM-ABP Aquabike Grand Prix of Kuwait.

Al Tayer, who took his maiden moto and Grand Prix win at the season-opener last year, was the best of the 25 rider field in Q1, topping the time sheets with a best 1:32.87s lap around the 1.9km circuit on Salmiya Bay and left it very late into the second session before posting a 1:25.38s lap to edge out local hero and four-time champion Yousef Al Abdulrazzaq by 0.23s. “It was a very good session for me because the engine was perfect and the Ski handled really well,” Al Tayer said. “We have done a lot of testing leading up to this weekend and I hope from pole we can go on and take the win tomorrow.”

In Freestyle a no show by defending and two-time champion Rashed Al Mulla, who is nursing a shoulder injury sustained last month, opened the door for Roberto Mariani to claim top spot with 74 points from Jaroslav Tirner on 65 and Paolo Nunes with 47.